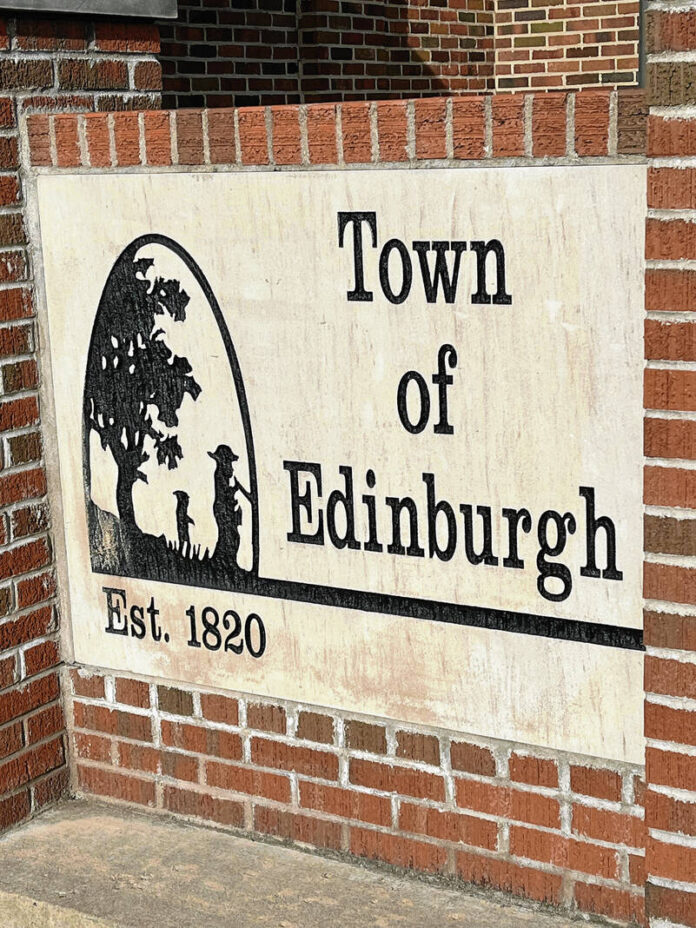 The average Edinburgh City Water customer will pay about $10.31 more a month after council approved a rate increase last week.

The rate hike comes as Edinburgh aims to raise $6.4 million for a new water plant, which town officials say has been upgraded for more than five years. Town manager Dan Cartwright said the plant, completed in 1997, has become a financial expense for the town’s utility company. Factory repairs have cost thousands of dollars, and the town must also add the chemical sodium permanganate to help an aging filtration system remove discoloration from the water, he said.

The construction cost of the plant is estimated at $6.7 million for a total cost of $8.1 million. The total also includes design, engineering and bond financing costs, said Mitchell Eschweiler of Baker Tilly, an accounting firm hired to do interest rate research. To reduce the cost of the new plant, the town council allocated $956,500, which the town received from the American Rescue Program Act (ARPA), and a $700,000 grant from the Indiana Office of Rural and Community Affairs.

Council members said the city council allocated ARPA funds to the project to reduce the cost of tax hikes for taxpayers. Utility projects are an approved use of federal COVID-19 relief funds.

Initially, taxpayers could pay up to $12.02 more per month, but with ARPA funds, the city council could reduce the maximum increase to an average of $10.31 per month.

The current average monthly bill for a single-family home is $31.62, meaning customers will pay an average of $41.93 a month.

The Governing Council was given several rate hike options and approved a hike of up to $10.31. The difference between the two scenarios is how much additional money will be raised for future water system projects, so by choosing the largest increase, the utility will raise money for the project faster, Eschweiler said.

The rate hike will fund future projects and provide funds to repay a $6.4 million State Revolving Fund (SRF) loan for the new plant. Town documents show the loan will be repaid in 2042.

The town council held a public hearing last week before approving the new rates. A member of the public asked why the town chose the SRF loan to fund the new factory, rather than municipal bonds. A representative for Baker Tilly explained that SRF loans are the process by which the state buys municipal bonds and allows communities to repay the government over time at low interest rates.

Edinburgh water director Bill Jones said last year that the plant would also increase the town’s current daily processing capacity from 1.4 million gallons to 2.1 million gallons, with the ability to expand to 2.8 million gallons with additional filters and pumps. With current water usage around 700,000 gallons per day per day, there is plenty of room for growth in commercial, industrial and residential, he said.

The rate hike will take effect after the rate hike is announced to taxpayers via legal notice.