Snow Bros. from 1990’s Toaplan, famous for its shooting games, as an arcade action game, is published by “DAEWON MEDIA GAME LAB” and “CRT GAMES” by Nintendo Switch™. The game “Snow Bros. Special”, which was remade as a game, was released as a PV. We’ve set a release date of May 19th this year and announced that pre-sale will begin on April 22nd.

Snow Bros. was released as game software for various home platforms and gained popularity. The latest work “Snow Brothers Special Edition” has a cute design, strong operability, and can be played by two people at the same time, but with 30 new faces (stages 6 to 8), monster challenges, and time and many other fun attacks, full of fun .

With 30 additional faces and new monsters and backgrounds, this “Snow Brothers Special” can be fully enjoyed not only by long-time fans of the original, but also by those experiencing the work for the first time. In addition, in the “Monster Challenge Mode” where you select from monsters that appear in the game and operate as the protagonist, each operation method differs according to the special skills of each monster, so it is recommended to play the game for each monster. Yes. This “monster challenge mode” will make you feel like you’re playing a different game, so you’ll undoubtedly enjoy it even more. (*Monster Challenge is also sold separately as a download version. It is included in the packaged version.) 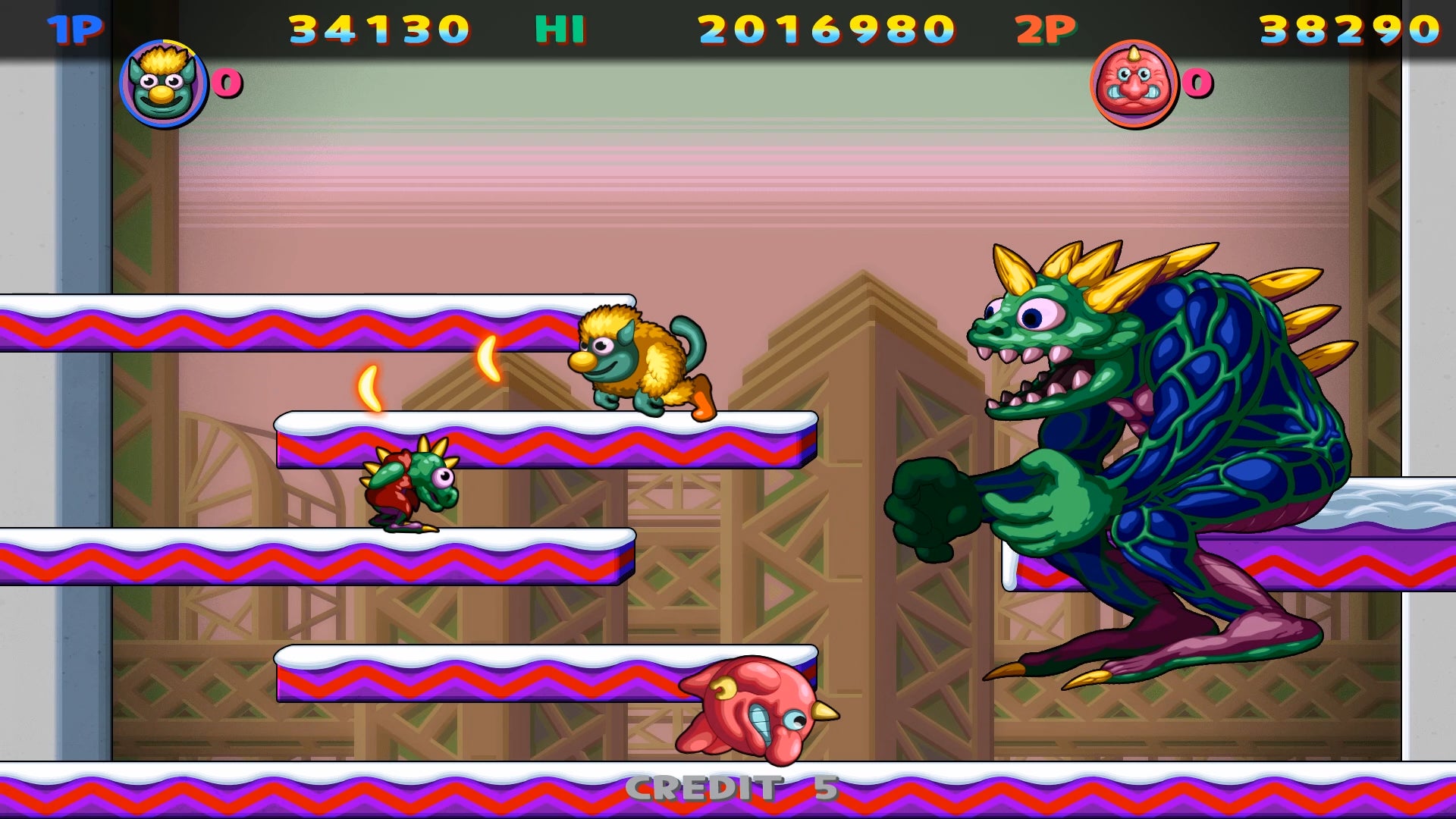 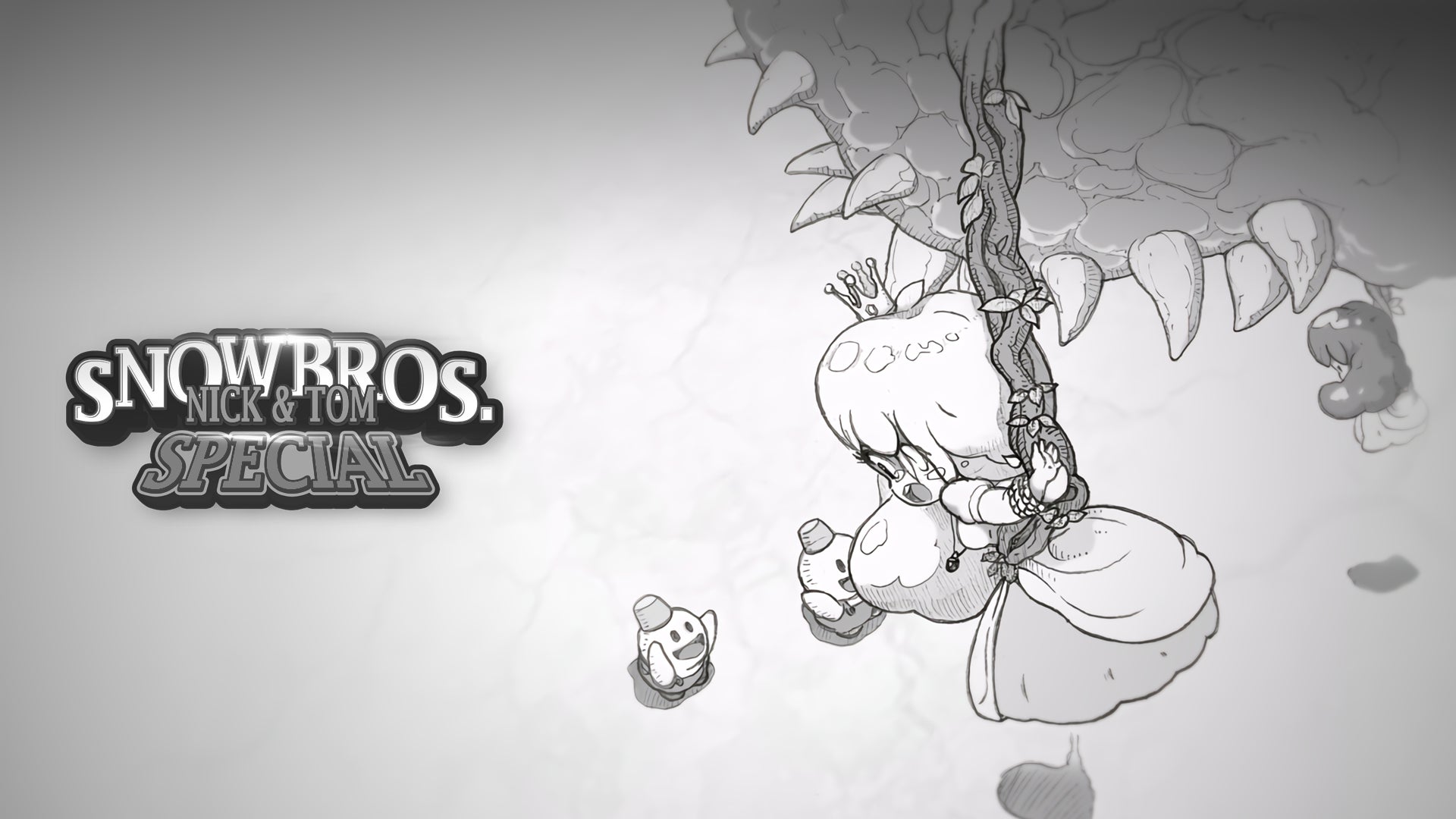 Story… One day, the king of the Hoda Kingdom, Archiki, suddenly attacked a peaceful country in the snow! Snow’s twin princes Nick and Tom try to stop him, but King Archiki’s curse turns him into a snowman, and even twin princesses Pripri and Bubble Paper are taken away. In doing so, all the snow will melt away… The game begins with Nick and Tom on a long journey to regain peace in the snow. 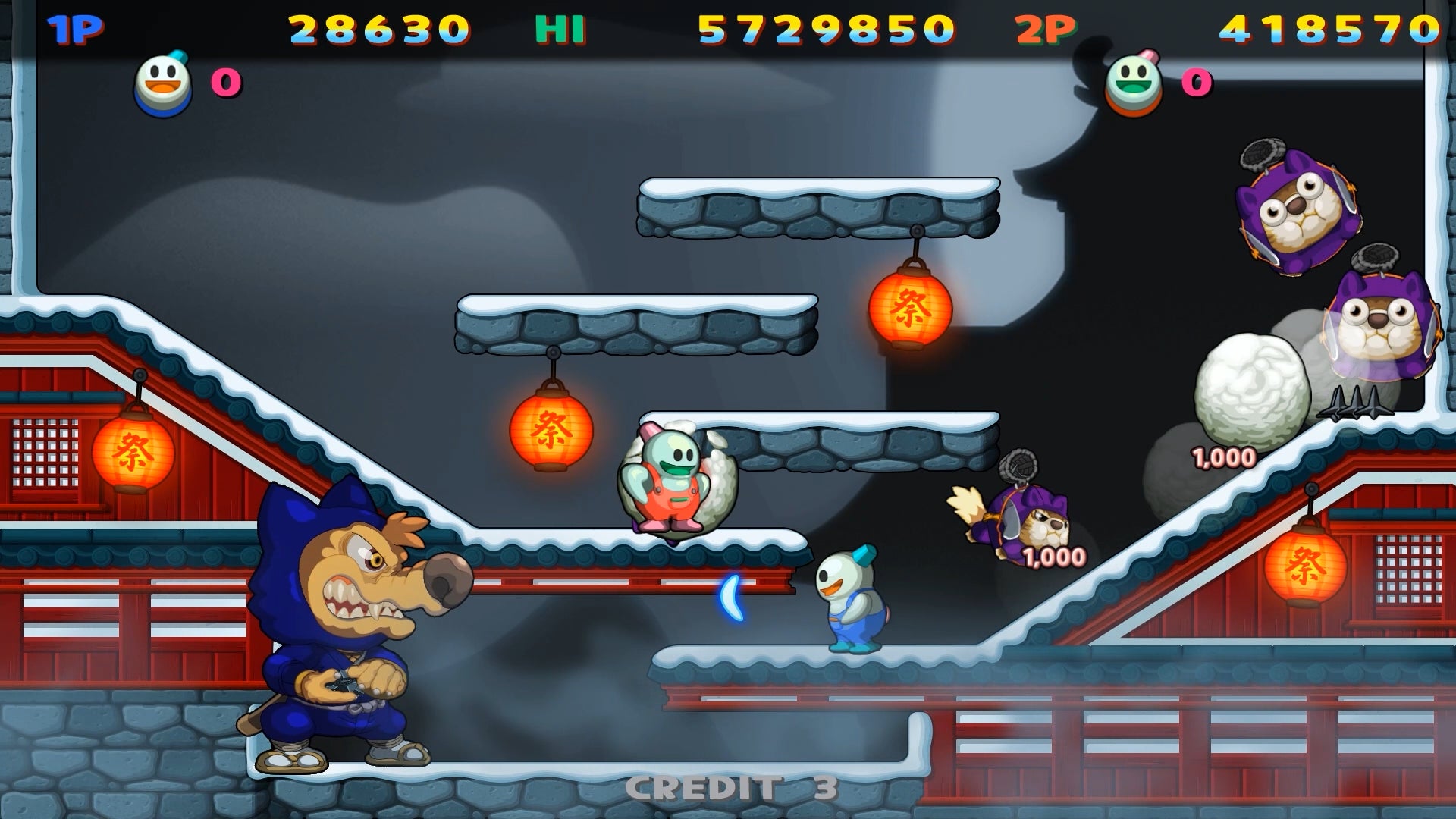 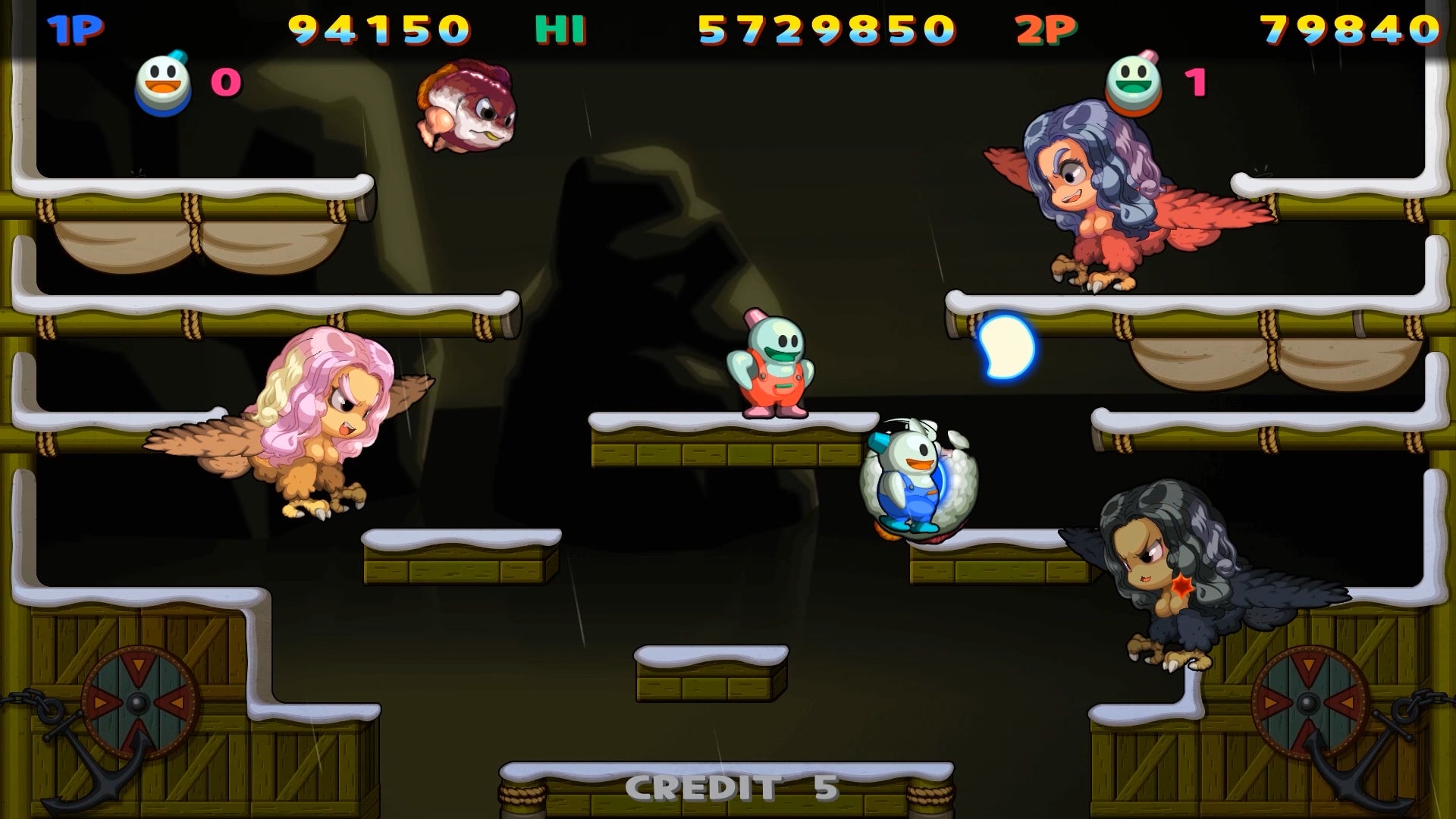 “Snow Bros. Special” developed with Nintendo Switch™ will be released on May 19 for the set version (regular version 3,960 yen, collector’s version 8,960 yen) and download version (1,960 yen) + Monster Challenge DLC (960 yen) On sale today. Fans are not to be missed by the limited edition Collector’s Edition featuring original merchandise such as protagonists Nick and Tom plush toys, reprint flyers and instruction manuals, original art books, soundtrack CDs, stickers, key rings and more. The regular version is also limited for the first time, and comes with stickers (3 pieces) and a manual.

In addition, “Snow Bros. Special” will be released at the large-scale event “Shoo Grand Festival-Shooting Game Great Thanksgiving-2022” to be held for two consecutive days from April 2 to 3. This event is a shooting game information & gameplay distribution event jointly planned and operated by City Connection Co., Ltd. and Gaesen Mikado (INH Co., Ltd.), and will also distribute the live gameplay of “Snow Bros. Special” for the first time.

“Shoo Festival-Shooting Game Thanksgiving-2022” will be distributed on the arcade Mikado YouTube channel (https://www.youtube.com/channel/UCPrifqgoJmq7UgmRkZUKTJQ). For details, please refer to the official website of the shoe festival (https://shootersfes.com/) and the official Twitter account of the shoe festival (https://shootersfes.com/).https://twitter.com/ShootersFes ) please refer to. 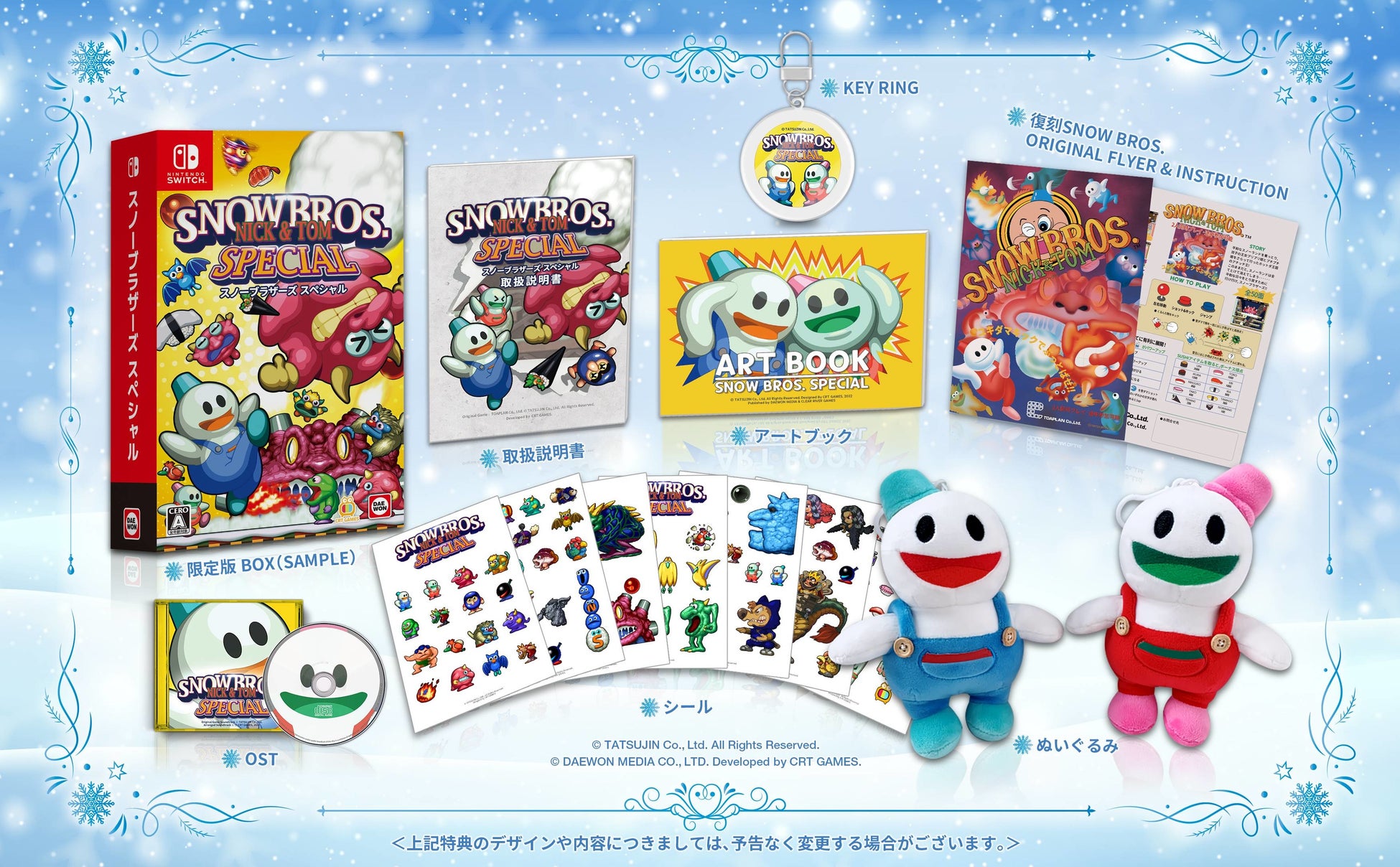 DAEWON MEDIA GAME LAB is a new brand from Daewon Media, working with partner Cometsoft to publish indie and retro games worldwide. Our goal is to make games that can only be enjoyed on other platforms and games that can’t be played due to the lack of an official release for people all over the world. For more information, visit http://daewonmedia-gamelab.co.kr/index_jp.html.

CRT GAMES is a creative team focused on remastering masterpieces. CRT stands for Creative Remake Technos and is a tribute to the popular 2D arcade games of the 80s and 90s. Snow Bros. Special is the first remaster of CRT GAMES, and we plan to release many remasters in the future. For more information, please visit https://www.crtgames.co.kr.

TATSUJIN is a Japanese game development company founded by developer and composer Masahiro Yuge, who has produced blockbuster shooters under the legendary shooter brand Toaplan. In addition to developing games in-house, TATSUJIN also inherits the rights to all games developed by Toaplan and manages game franchises. For more information, please visit https://tatsujin.tokyo/.