The second “Let’s go with music by au 5G LIVE”, which renews the charm of the region with the power of music and communication, will be broadcast from Thursday, March 31st.

KDDI CORPORATION will host “Let’s go with music by au 5G LIVE” (hereinafter referred to as “the project”) with the participation of UNISON SQUARE GARDEN and MAN WITH A MISSION, aiming to contribute to the local economy through live music. deliver. In this project, two groups of artists not only perform live performances at iconic attractions in the domestic region, but also send videos focusing on attractions and food recommended by people in the host region.
The first UNISON SQUARE GARDEN live will be delivered for a limited time from March 27th (Sunday) to March 31st (Thursday). And from March 31 (Thursday), the second live performance of MAN WITH A MISSION will be released. Meanwhile, after the live broadcast of MAN WITH A MISSION, the special video content will be released from 21:30 on March 31 (Thursday). 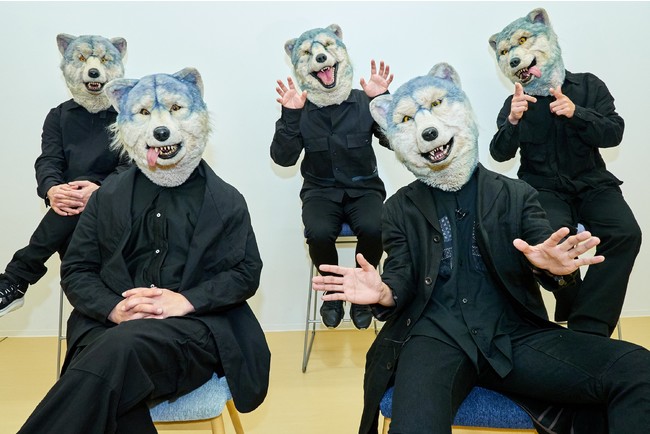 MAN WITH A MISSION will perform an acoustic live performance limited to this project at the Rikuzentakata Civic Cultural Center “Miracle Ipponmatsu Hall”, which is a mix of the latest album songs and old songs, and the idea of ​​reconstruction. Then, after the distribution starts on March 31 (Thursday), the special video content of MAN WITH A MISSION will be released on the video distribution platform “OPENREC.tv” at 21:30.
Special page “Let’s go to the music of au 5G LIVE” URL: https://live.au5g.jp
OPENREC.tv “Let’s go to the music channel together” URL: https://bit.ly/3KzTWc2
We would like to introduce the content of the interview answered by MAN WITH A MISSION, which was completed live at the time of the release of the video.

【Interview with MAN WITH A MISSION who completed the live recording】

・This time, we showed us acoustic LIVE, so please tell us how you feel after the LIVE.
That was really fun. It was a very valuable experience for us. I didn’t come here with sound equipment, but I am grateful to have a big and beautiful live concert here. thank you very much.

・Please tell us the key points and awareness of song selection for this live performance.
In terms of songs, we released a new album a few days ago, so we will release new songs and also incorporate old songs into them. The world is in a tough place like Corona, so we chose and delivered songs that are sure to be remembered by all.

・ MAN WITH A MISSION has engaged in various musical activities in the disaster area. If you have any unforgettable episodes with the locals, please let us know.
As for the Northeast, I am very grateful for the festival. I really deepen my connection through music. Of course, we also tried to do something, hoping to help a little bit, but the locals were more energetic than we thought.
I think it’s because of that mindset that we’ve been able to get back to where we are now.

・What do you think of this project, which is performed live and distributed at iconic locations in the domestic region?
I think this is a really great project. The past few years have been a very painful time for people in the music industry. The possibility of offering this (live) is greatly realized, while the entertainment of attracting customers to a place called live and enjoying it takes a hit. In this project, we are excited to be part of this project, which is more thoughtful than delivering music together in a special place.

・The theme of “Let’s go with music” is “spreading places and charms you didn’t know”. Please tell us where you want to go as MAN WITH A MISSION and where you want to spread the charm.
There are so many. But like this time, I want to go to a place that is not a big city, and it is difficult for us to go. Japan is full of beautiful places, and it’s great that people gather and liven up in these places. We also want to go to as many places like this as possible.

・ This time, a live concert will be held at “Miracle Ikonmatsu Hall”, but after Miracle Ikonmatsu,
Please tell us if there has been an event in your life as an artist that you consider “a miracle”.
We’ve been making music for 12 years, and it feels like a miracle to have customers come to see us. It’s a miracle that we make music in front of such a variety of people.

・In this project, we also spread “Rikuzentakata’s Now”, which began to walk actively.
Tell us about your future challenges and prospects for MAN WITH A MISSION.
To be honest, no matter how much it changes, not much has changed in what we do. We are always chasing the music we want to play and the scenery we want to see. This time, we are delighted to host an acoustic-style live concert in such a place. I want to do this kind of live concert together again.

・Please leave a comment for all fans who participated in “Let’s go to the music of au 5G LIVE”.
thank you all. I think (“Let’s go with music”) is a great project. We are really honored to be part of this project as musicians.
While the live format we and we all know has not returned to 100%, this project that allows us to continue to enjoy music with new values ​​and ways is a very inspiring project for us.
I’m sure its content has the potential to offer something more and new for everyone, so I hope you enjoy it. 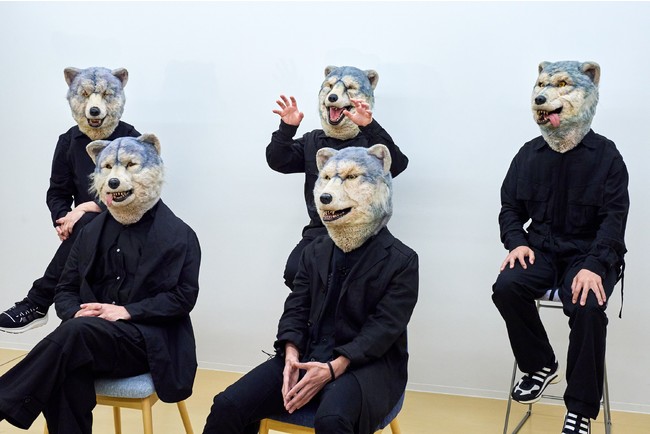 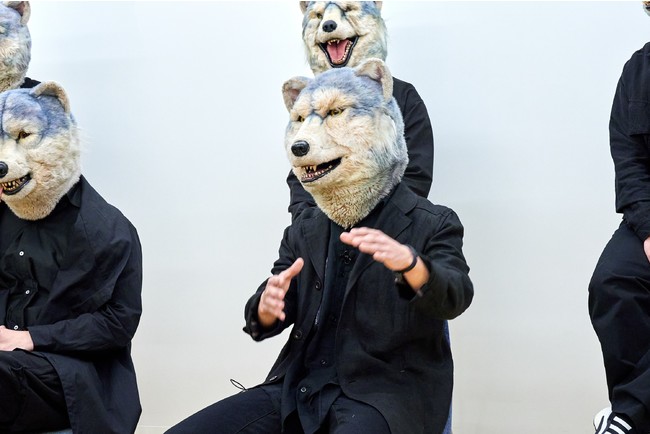 Through “Let’s go with music by au 5G LIVE”, KDDI will connect fans, artists and host regions, using the power of music and communication to spread the charm of all parts of Japan.

【MAN WITH A MISSION @ Rikuzentakata】

■A person with a mission
MAN WITH A MISSION is a rock band composed of five ultimate life forms, the head is a wolf, the body is a human. Members include Tokyo Tanaka (vocals), Jean-Ken Johnny (guitar, vocals, rap), Kamikaze Boy (bass), DJ Santa Monica (DJ), Spear Rib (drums). It suddenly appeared in the music scene in 2010. Live performances such as Nippon Budokan, Yokohama Arena, Makuhari Messe, Saitama Super Arena, and Hanshin Koshien Stadium will be sold out on the day.
He has been involved in the production of theme songs for many TV commercials, anime, TV series and movies, and has expanded his support to a wide range of fans. Its range of activities has expanded not only in Japan but also overseas, and it debuted in the United States, attracting attention from all over the world. He has toured overseas with big names such as Zebrahead and Jimmy Eat World, and has performed at one of the UK’s largest outdoor music festivals, Reading and Leeds and Download Festival, as well as a solo tour of North America. Even in 2020, 10 years after their birth, the most talked-about rock band still leading the ever-evolving music industry.
In November 2021, the original album “Break and Cross the Walls I” will be released for the first time in about three years. This is the band’s first consecutive album, “Break and Cross the Walls II” scheduled for release in May 2022.

<直播分发平台>
■UP! ! !
“UP !!!” is a service that enriches the entertainment life by providing live images, allowing you to enjoy carefully selected live music and theatrical performances. https://live.au.com/
■ Terrassa
“TELASA” is a video distribution service that handles not only unlimited viewing of videos that you can pay monthly, but also rental works that allow you to enjoy new movies and popular TV dramas in Japan and overseas for a separate fee. https://navi.telasa. jp/

<相关视频分发平台>
■ Virtual Shibuya
“Virtual Shibuya”, which celebrates its 3rd anniversary this semester, is the first city in Japan to be officially recognized by the local government. Start a travel association, it’s a virtual world of interlocking links. Since its launch in May 2020, virtual events such as “#ShibuyaGhost in the ShellNight by au 5G”, “Virtual Halloween” and “Shichun Festival” have been held regularly. Nearly 1 million people from all over the world participated. He has won various awards such as the 7th JACE Event Awards, the Minister of Economy, Trade and Industry Award, and the Spikes Asia 2021 Silver Award. https://vcity.au5g.jp/shibuya
■ au 5G channel
It is an information-free app that allows you to easily discover advanced trends such as “video channels” made up of rich genres, XR content and virtual city experiences. https://au-5g.auone.jp/lp/index.html
■OPENREC.tv
“OPENREC.tv” is a video distribution platform operated by CyberZ. You can enjoy the live distribution of e-sports competitions, special programs, live music, professional players, entertainment talents, and voiceover talents in full HD high quality and ultra-low latency. Through the SUPERLIVE feature, we’re also working to support artists’ live events. https://www.openrec.tv/