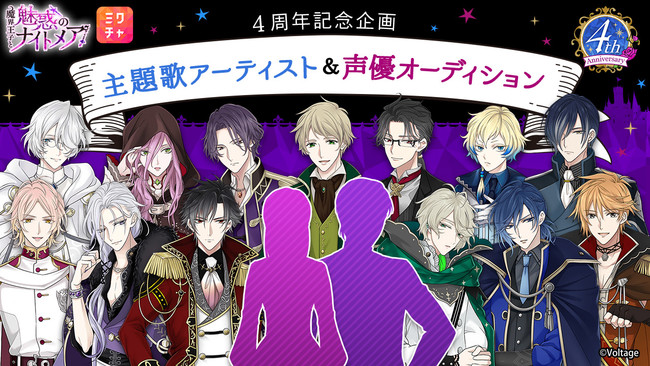 Voltage Co., Ltd. (Headquarters: Shibuya-ku, Tokyo, CEO: Yuzi Tsutani) is offering the Vol Koi title “The Prince of Demons and the Magical Nightmare” provided by DONUTS Co., Ltd.. We are pleased to announce that we will be holding “Theme Song Artist and Voice Actor Auditions” in collaboration with our community app “MIXCHANNEL” operated by us.
This collaboration is an audition project to commemorate the 4th anniversary of the release of “The Prince of Demons and the Nightmare of Magic” (hereinafter referred to as “The Nightmare of Demons”) released in February this year. The grand prize winner will be responsible for singing the theme song of Nightmare and the character voices of the characters appearing in the app.
Trials and finals will be held at “MIXCHANNEL” (hereinafter referred to as “Mikucha”), and the “Mikucha” will compete for points earned in the distribution process. Anyone can send key items. You can enjoy auditions as a voter, so keep an eye out for this collaboration.
Special website for “The 4th Anniversary Project Theme Song Artist & Voice Actor Audition”: https://mixch.tv/p/bszuh5om

How to register/Registration rules
Please check on the special website. 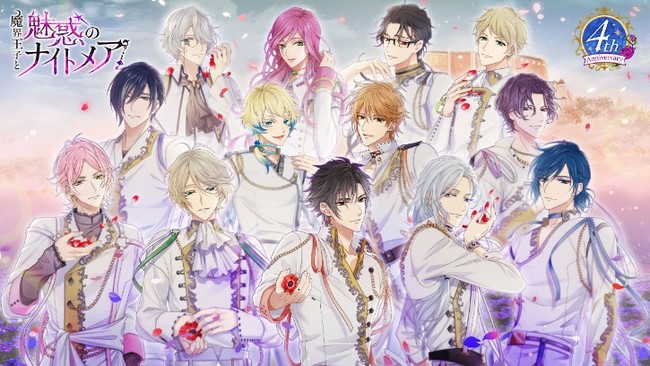 Introducing the benefits of audition awards

A maximum of 5 people will enter the second screening.

Goals to advance to the second screening:
・Number 1 in points
・The number of designated items is the first
・Special prize (some people will be selected from the ranking of points with 40,000 points or more)

Click here to see the benefits of the top players in the points ranking
first place
・Bonus 30,000 yen

The top 20 in the standings and the grand prize winners will advance to the finals.

Final goals:
・Points ranked 1st to 20th
・Special prize (0 to some for all participants)

New Face Award
・It will be released on the start screen of “Mikucha” on the first day of the finals (Sunday, April 24, 18:00-24:00).
* Converted to distribution of 1,000 points per hour and added to points earned during distribution. The Newcomer Award will be the highest-scoring award among newcomers.

About “The Demon Prince and the Magical Nightmare”

This is an adult otherworld fantasy in which the beautiful prince who rules the demon world seduces and fights with sweet words in order to obtain the “special magic power” that resides in the heroine’s mouth.
There are “Harlem Route” where you can enjoy characters competing for heroine, and “Kyle Route” where you can enjoy a special story with a specific boyfriend.
In February 2022, we celebrated our 4th anniversary, and now we’re developing individual story additions for each character.
The Prince of Demons and the Enchanting Nightmare Official Website: https://products.voltage.co.jp/makai/
The Makai Prince and the Magical Nightmare official Twitter (@makai_nightmare): https://twitter.com/makai_nightmare 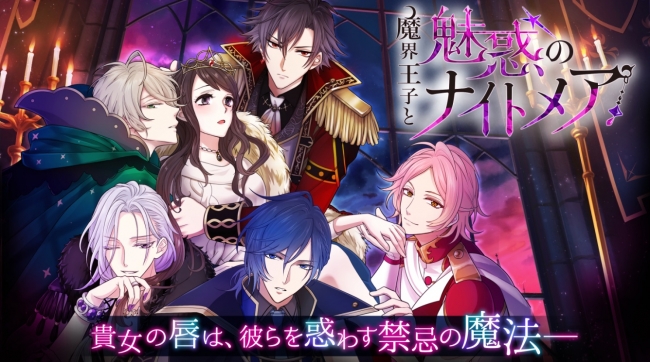 An application that allows you to enjoy communication through real-time distribution and video posting. It started operations in December 2013 and has been downloaded more than 17 million times in Japan. Currently, it has more than 5 million monthly visits. In July 2020, the service name was changed from “MixChannel” to “Mikucha”.
“MIXCHANNEL” official website: https://mixch.tv (for PC and smartphone)
“MIXCHANNEL” app download URL: https://app.adjust.com/b0fixdw

About “Bol Koi”
“Bol Koi” is an umbrella term for a series of voltage romantic dramas that offer healing and enjoyment to women living in contemporary times.
You can choose the situation you like, the handsome guy you like, and experience the ideal love story of the male protagonist. You can enjoy “Bol Koi” on various platforms such as smartphone apps and WEB / Nintendo Switch™.
“Volkoi” introduction page: https://products.voltage.co.jp/volkoi/