The song “Smoke”, which was produced for the first time as an active member, was presented as an opportunity to take a step forward with the world view played by Saucy Dog!

ABC-Mart Co., Ltd. (Headquarters: Shibuya-ku, Tokyo, President: Minoru Noguchi) is the exclusive domestic agent of the action sports shoes and apparel brand VANS, which will release a new shoe “VANS MARVERICK” in 2022. It will be released sequentially from the beginning of the month. After the release, the popular trio “Saucy Dog” centered on Generation Z will start promotion on March 24, 2022 (Thursday).
ABC-MART online shop page: https://www.abc-mart.net/shop/e/emrvrcktu/ 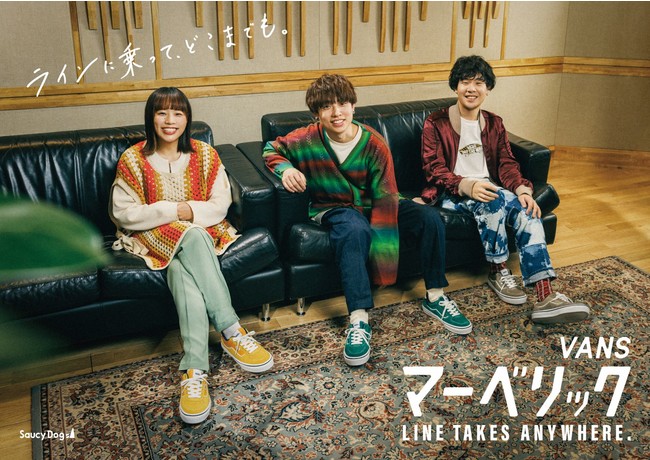 Saucy Dog Shows Off His Favorite Song “Smoke”
A commercial with a sense of openness and overflowing expressions on the roof shot in the rehearsal room!

In this online advertisement, the members of Saucy Dog dressed in “VANS MARVERICK” reproduce the usual scenes with scenes of playing in the rehearsal room and scenes of chatting with an open feeling on the roof. “Smoke” released this time is Saucy Dog’s first song after becoming a current member, and it is a song they remember deeply. The lyrics move forward from a melody with a sense of speed and a heartbreaking experience to express “LINE TAKES ANYWHERE.
Watch out for the open world view that’s best suited for the new season of life, making you feel like you’re taking a step forward with Saucy Dog. 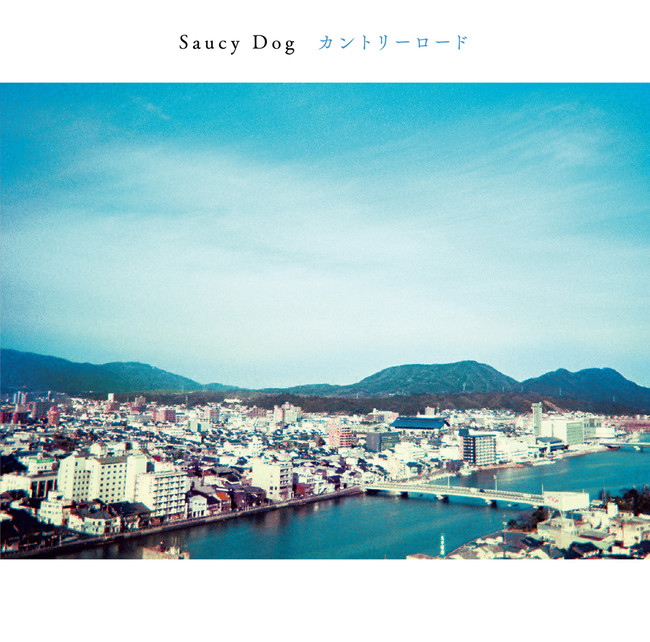 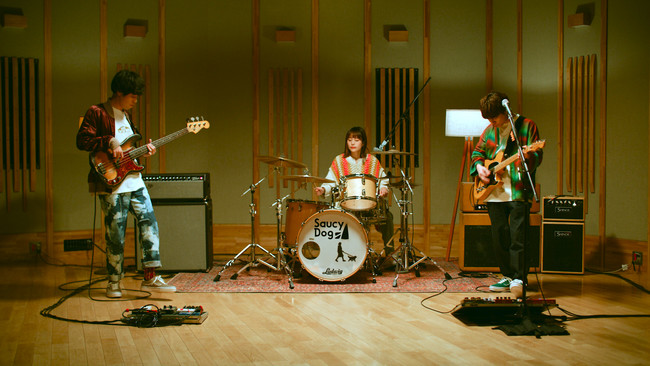 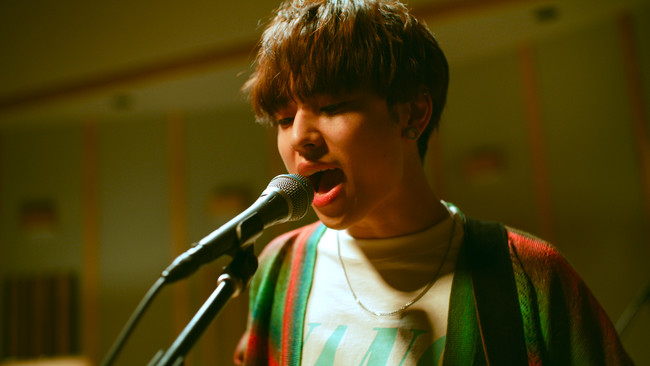 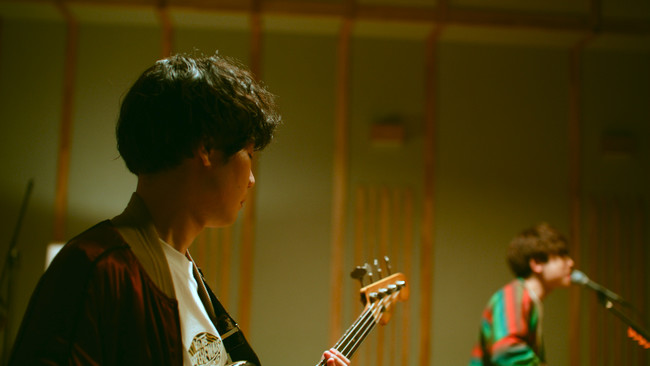 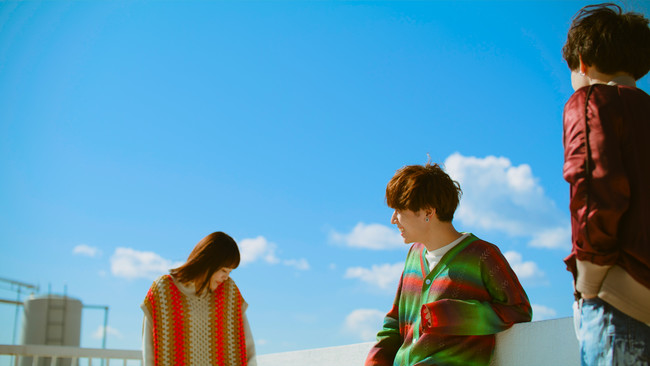 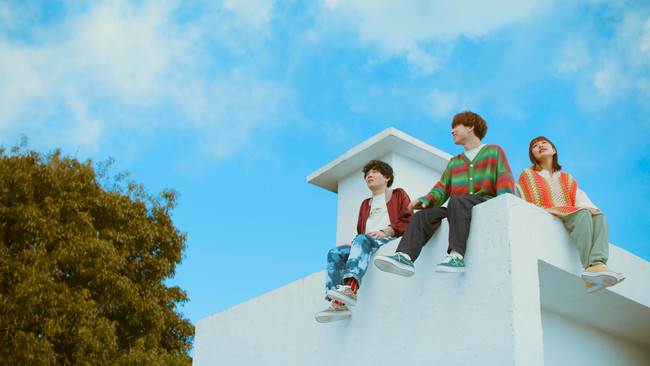 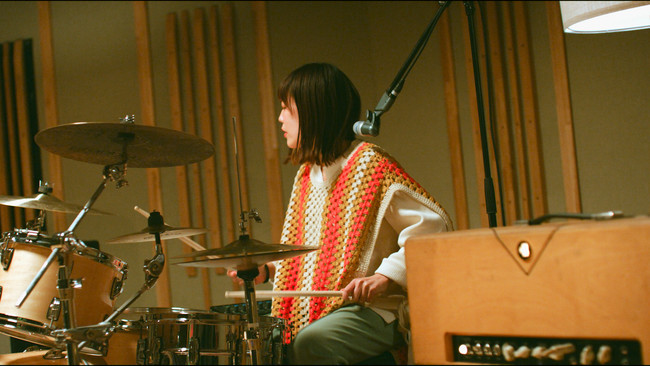 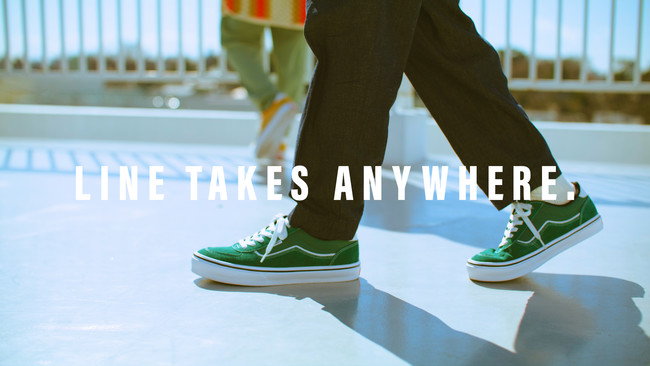 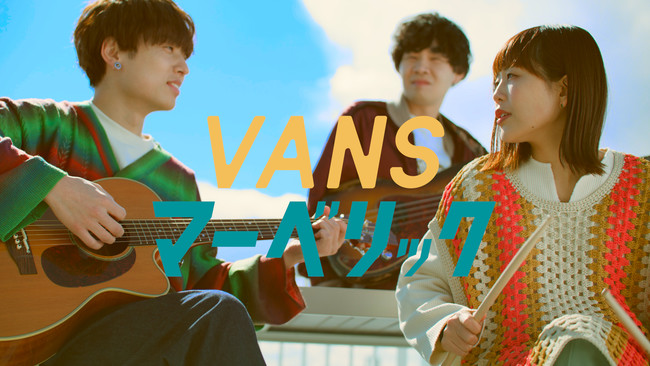 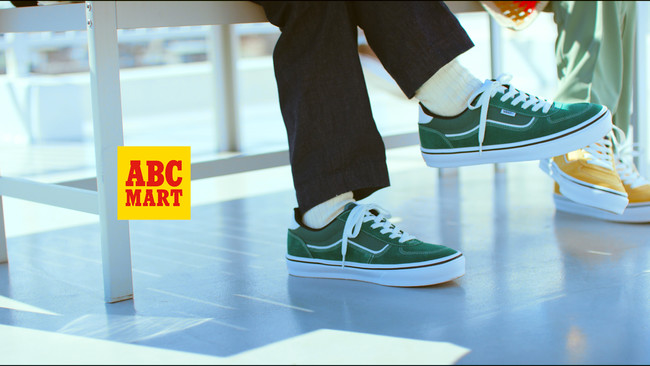 When I shot the rooftop scene, it seemed a little scary to sit at a high place at first, but in retrospect, I really like to shoot landscapes, the weather is good, and there is a sense of openness. Also, the first time I tried to get the shoes to look good in a model cut pose, it looked like I was struggling a bit, but when I saw the cut I shot I was convinced.
In the scene where “smoke” was played in the rehearsal room, the filming was performed while actually playing the instrument, and the staff also showed a powerful performance of inadvertently making sounds.
Production URL: https://youtu.be/e2vo-TP7sk4

Q. Please tell us how you felt after the shoot.
Akizawa) This is my first shoe ad and I’m happy because I love VANS.
Ishihara) Everyone wears them, I definitely have a pair! However, I have no color, I like green best, so it’s fresh.
Seto) It’s nice to have color underfoot and it’s cute.

Q. The point of VANS MARVERIC is lightness, but how about wearing it for a day when shooting?
Ishihara) I’ve been wearing it lightly since morning, but I’m not tired at all.
Seto) It’s as light as cotton candy.
Ishihara) is not only light, but also soft without the hardness of light shoes.
Akizawa) It seems that you will not get tired even if you use it on-site.

Q. Please tell us how the “smoke” you showed us this time was born.
Ishihara) Thinking of the time when I was with adults, I was a little procrastinated after breaking up
This is a song I wrote, and the melody and lyrics of “Let’s Run” popped into my mind while I was taking a shower.

Q. How do you feel about “smoke”?
Seto) Smoke is the first song to be this member, when I first heard it, the beginning of the lyrics and the first lyric of the song
I think the lyrics that get me so excited are great. It’s still an important song.
Akizawa) The lyrics are also memorable, but I haven’t heard much of the band.
This is a song that left a deep impression on me.
Also, I remember that it was very impressive because it was the first song for this member.

Q. The season of a new life is about to start, is there any new beginning this spring?
Ishihara) There are two kinds, the first is English conversation.For overseas clients, the person who wrote the lyrics in his own words translates to another person
I want to learn it because I think it will be transmitted and not received.
2. I want to be able to swim and swim (laughs)
Akizawa) I walk a lot, but I want to go to many courses nearby.usually in cities
Now that I’m alive, I want to be healed, so I wish I had the opportunity to talk to all kinds of people.
Seto) I want to learn piano again. Also, it is a vocal pedagogy. It would be great if the chorus got stronger.

Q. Please leave a message to those who watch online advertisements.
Ishihara) The VANS MARVERICK we wore and photographed this time was very light and breathable and wanted to go a step further.
This is a sneaker that reminds me that I can go anywhere.We also want to be with you forever
We look forward to working with you in the future. I also enjoyed shooting my first model!
Akizawa) I think we can show our usual situation.
The smoke I’m showing this time is also a song I really like, so I hope you can listen to it together!
Seto) VANS MARVERICK is easy to match with any outfit, so please take a cool photo.
I think this is also a new challenge for us!
Let’s put on VANS MARVERICK and embark on a new road together! 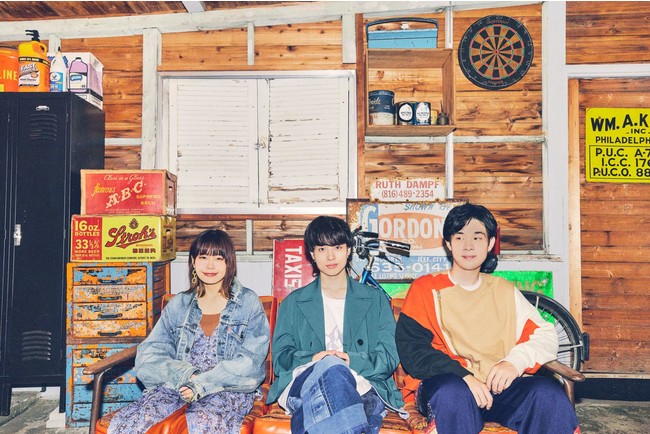 【Spicy dog】
From left: Seto Yuka, Ishihara Shinya, Akizawa and Takaya
A 3-piece guitar rock band formed in Osaka in 2013 by members from all over Western Japan. The members are Shinya Ishihara (Vo / Gt), Kazutaka Akizawa (Ba.), Yuika Seto (Dr./Cho.). Won the grand prize at the 2016 MASH A&R audition. The MV of “Someday” has been viewed more than 35 million times, and Vo. Ishihara’s “text, melody, sound” is the biggest attraction.
In addition, the live tour repeats all performances SOLD OUT. In September 2020, the fourth mini-album “Take Me” was released, and the “We will take you” release tour was held. In addition, on February 5, 2021, the first solo live “Send You” at Nippon Budokan was a big success. 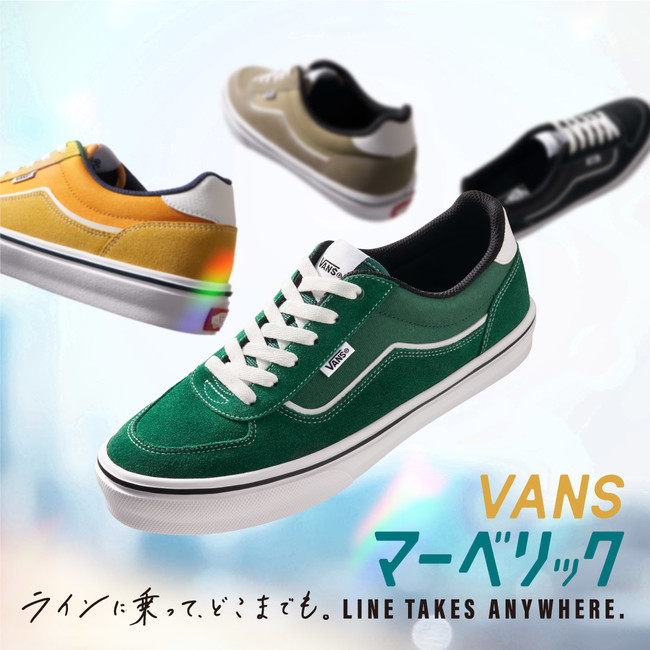 The successor to the FALKEN that debuted in 2019, the MARVERICK is light and soft, with a light sole that fits comfortably on your feet.
In addition, the combination of the campus area and suede draws thinner lines than traditional styles and is designed to match a variety of fashions. 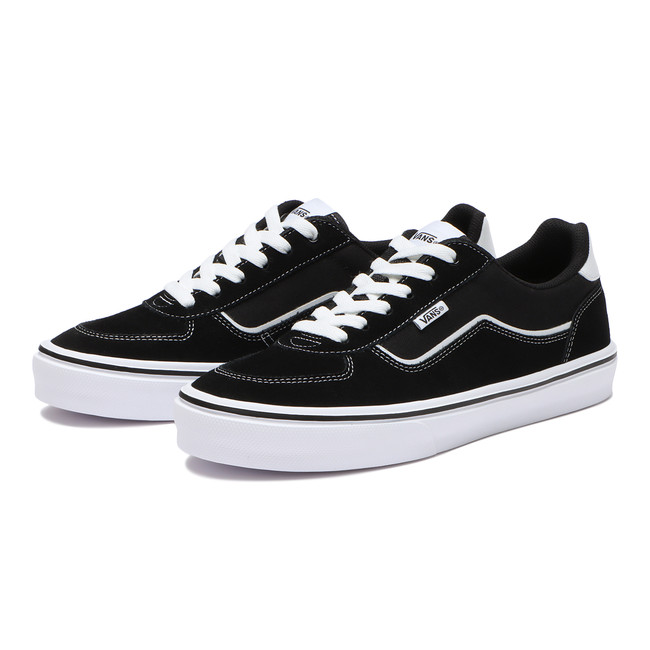 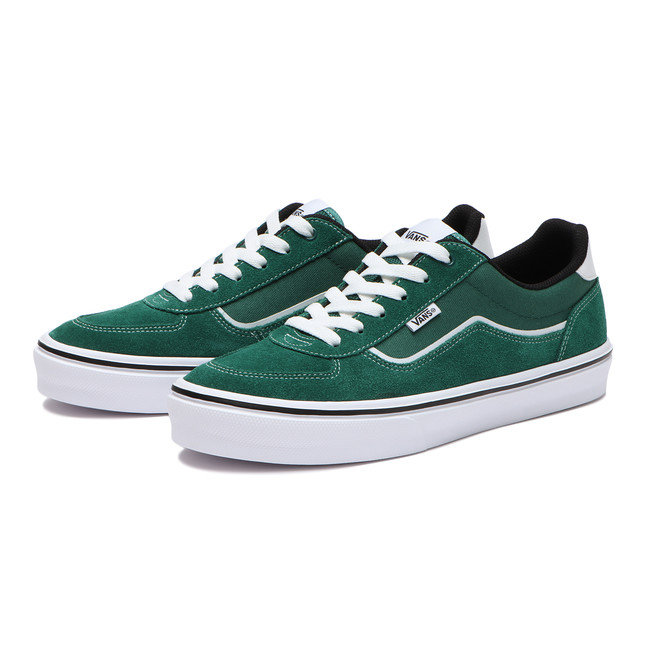 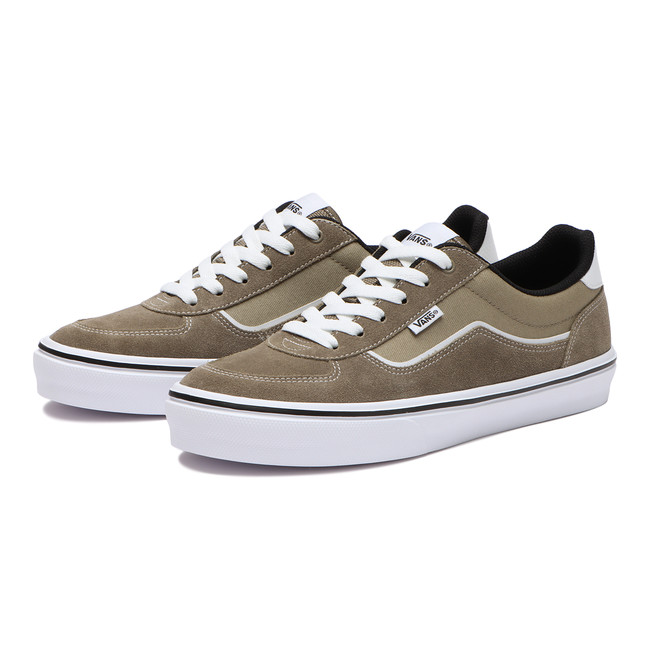 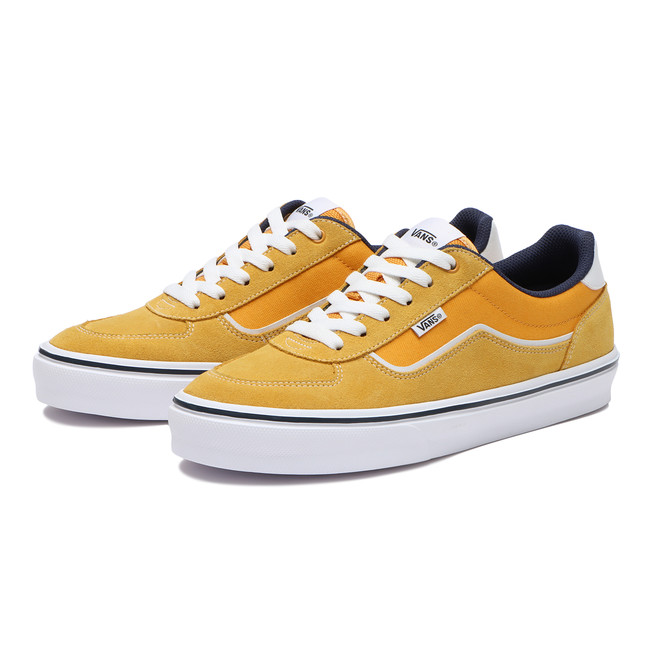 In 1985, it started as “Kokusai Trading Co., Ltd.” as a footwear and apparel import and export trading company.
Since the establishment of the company, we have promoted the opening of the shoe retail store “ABC-MART” with the management policy of “universal quality and uniform price”, and delivered products centered on shoes directly to customers. Currently, we have 1032 stores in Japan, 283 overseas, 58 in Taiwan and 6 in the United States. We remain committed to making it a world-class store brand.