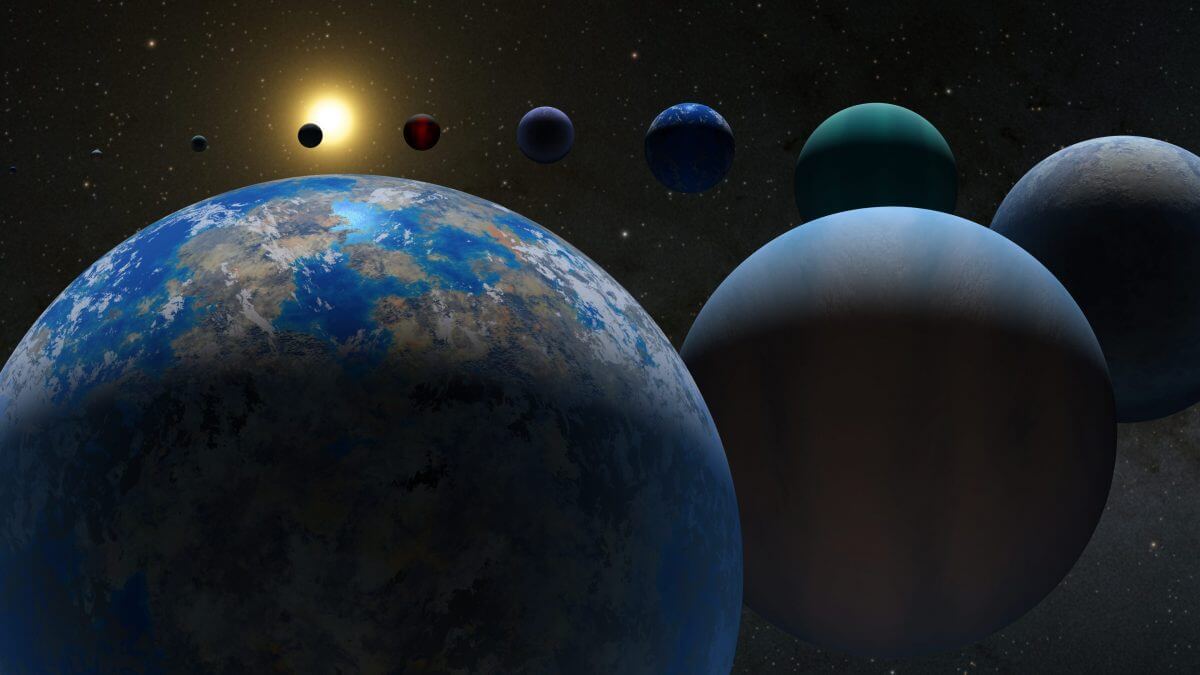 ■ 5005 exoplanets are all unknown worlds

First, check out this video released by NASA.This was confirmed between 1992 and March 20225005 All exoplanetsIt is a work showing the positions on the celestial sphere in chronological order. The 30-year observational history of mankind’s continuous search for unknown planets and their achievements is condensed into an 80-second video.

in this videoInformation about exoplanets with yen symbols and timbresdoing. The background is the starry sky, and the center of the Milky Way is at the center of the image.The position of the circle is the position of the exoplanet as seen from Earth.,The size of the circle is the size of the relative orbit,The pitch of a sound is the length of the orbital period(higher is shorter, lower is longer), andWhat observation method is used to discover the color of the circle?show.

Astrophysicists at NASA’s Exoplanet Science InstituteJesse Christiansen“It’s not just numbers, each one is a new world, a whole new planet. I’m excited about each one because we don’t know anything about these planets.” Christiansen is the scientific lead for NASA’s Exoplanet Archive people. 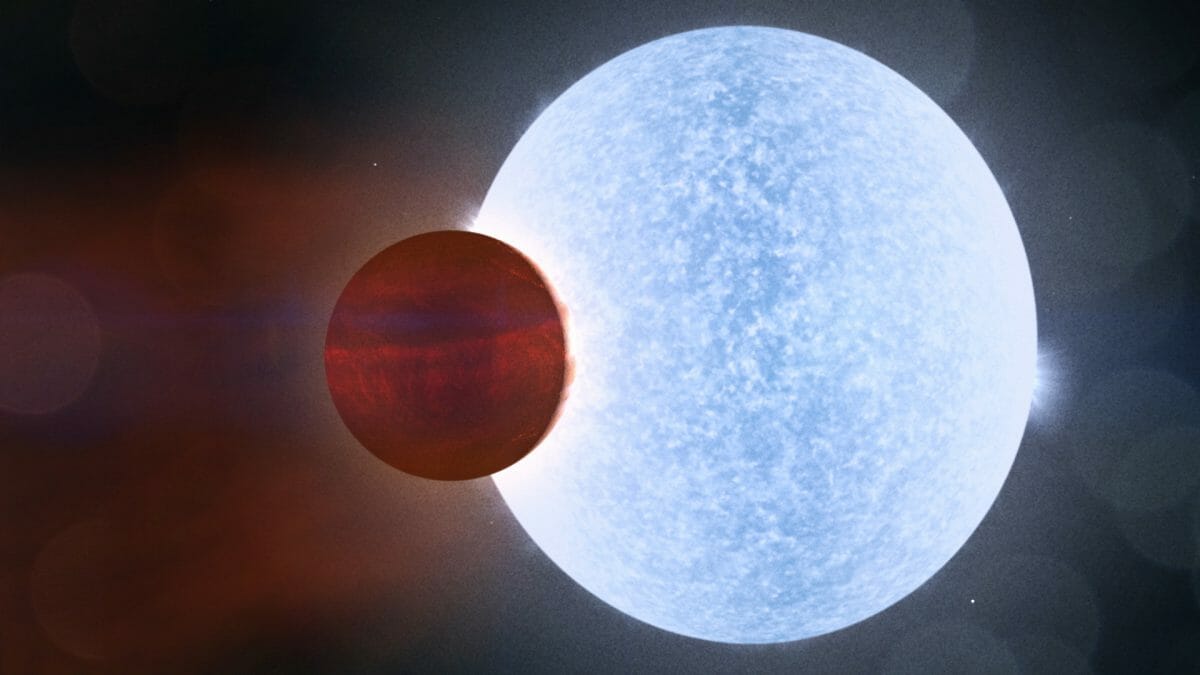 Many of the exoplanets discovered in the past 30 years have features that are significantly different from the eight planets in our solar system. A classic example is the giant gas giant planet the size of Jupiter that spins near its parent star.“Hot Jupiter”It is a type of exoplanet called. Some hot Jupiters are like ‘KELT-9b’Surfaces are heated to higher temperatures than some starsThere seems to be something going on as well.

Related: On exoplanet KELT-9b, ‘summer’ and ‘winter’ repeat every 9 hours. 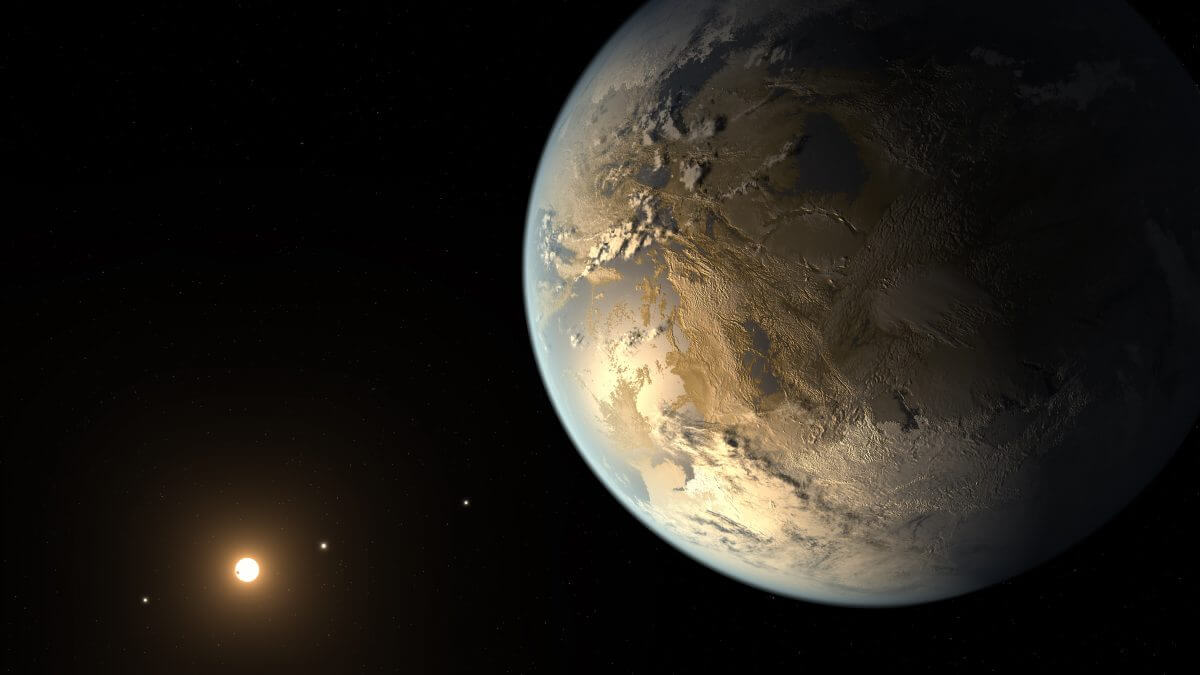 On the other hand, it spreads around the parent starLivable areaA number of Earth-sized exoplanets have been found that are thought to be rotating (the extent to which liquid water can exist on a planet’s surface).Space telescope is being adjusted for scientific observations starting in summer 2022“James Webb”Telescopes on the ground and in space will appear in the near future, such asMolecules and other signs point to life in exoplanet atmospheresmay be found.

astronomerAlexander Walshzan“I think some kind of life, maybe something primitive, will inevitably be found somewhere.” A research team led by Wolszczan discovered an exoplanet orbiting a pulsar in 1992 (below Discuss).

■ It started with the discovery of two exoplanets in 1992

A pulsar is a high-speed rotating neutron star.It is characterized by the observation of regular pulsed electromagnetic waves as it rotates. If an exoplanet orbits a pulsar, the pulse timing may change due to the planet’s gravity. The three exoplanets discovered in PSR B1257+12 detected exoplanets based on this bias.“Pulsar Timing”It was discovered using this technique.

However, neutron stars are heavy stars.supernova explosionIt is a celestial body thought to have been left behind after waking up. Planets orbiting PSR B1257+12 are thought to have formed after a supernova…in other words, “after the death of the star”. An exoplanet like the one on which we live has yet to be discovered orbiting a “living star” glowing with the energy of fusion reactions. 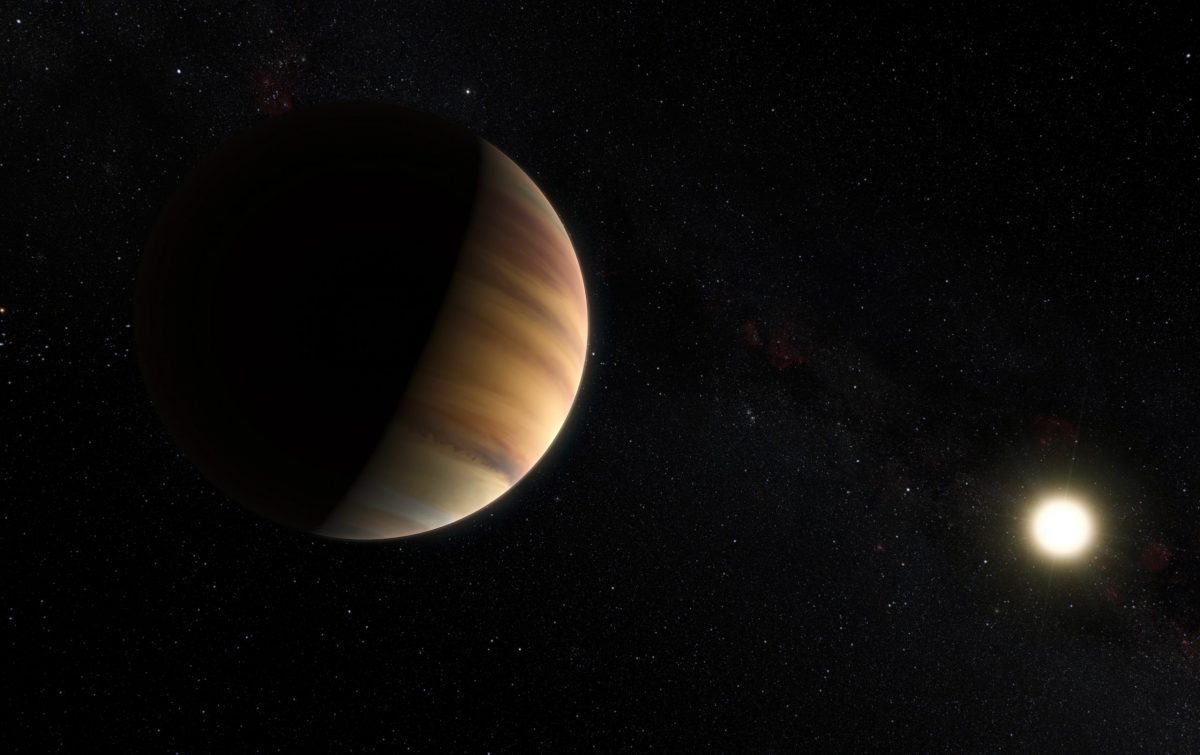 As the video progresses to 1995, a yen sign appears in the lower left corner of the center.This is an exoplanet about 50 light-years away in the direction of Pegasus“51 Pegasus b”show. The mass of 51 Pegasi b is estimated to be more than 0.46 times the mass of Jupiter.

Related: The 2019 Nobel Prize in Physics awarded to three people active in space.

51 Pegasus b is“Line of sight speed method”Use (or Doppler shift method) to detect. The radial velocity method is a method of indirectly detecting exoplanets based on the motion of the parent star. As the exoplanet revolves, the parent star wobbles slightly in a circular motion.

As the parent star sways as the planet rotates, the color of the light changes periodically, such as blue when the parent star is closer to Earth and red when it is farther away. Changes in the color of these parent stars are detected by spectroscopic observations to obtain the celestial body’s spectrum (the intensity of electromagnetic waves at each wavelength). From the observation data of the radial velocity method, in addition to the orbital period of the exoplanet, the minimum mass of the exoplanet can also be obtained.

However, starting around 2011, to the left of the center“Transit Way”A blue-purple yen sign will start to appear, indicating that it was found by the method above, and a square, clover-like area will be drawn over a portion of the sky. This is a space telescope launched by NASA in 2009.“Kepler”yes result. 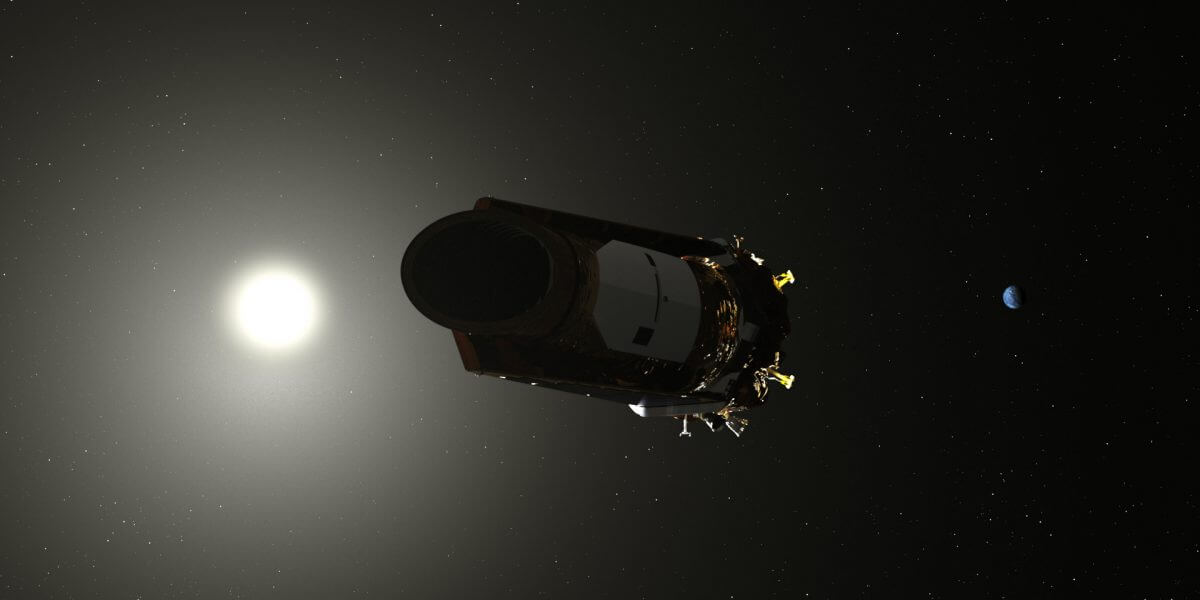 By observing repeated transits, the orbital period of the exoplanet can be known from that period. It is also possible to obtain information such as the diameter of exoplanets and the presence or absence of atmospheres based on the luminosity curve of the parent star at the time of transit (the curve representing the change of the luminosity of the celestial body over time).

The Kepler space telescope was developed to discover exoplanets using this transit method, and by the time it became operational in October 2018, it had observed more than 530,000 stars.Contributed to the discovery of more than 2,600 exoplanetsdid.

NASA is currently an exoplanet detection satellite launched in April 2018.“Tess”We continue to operate (Transiting Exoplanet Survey Satellite). TESS was also a space telescope developed to detect exoplanets using the transit method, but while Kep1er was used to intensively observe the part of the sky, TESS was built from the ground up.observation of the whole skyIn progress.

According to NASA’s Exoplanet ArchiveThe number of exoplanet candidates detected by TESS and awaiting confirmation is 5,459.It has been reached (as of March 18, 2022). NASA plans to launch space telescope in 2027“Nancy Grace Roman”However, we are planning to explore exoplanets, and it seems that exoplanets will be discovered in the future. 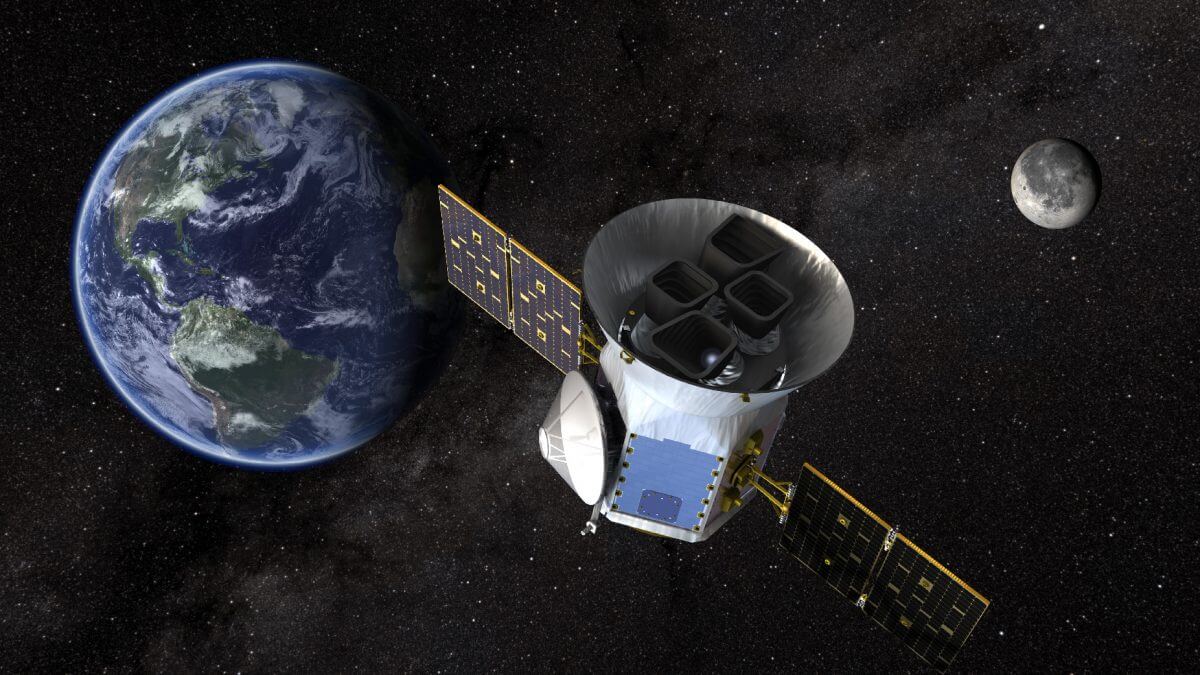