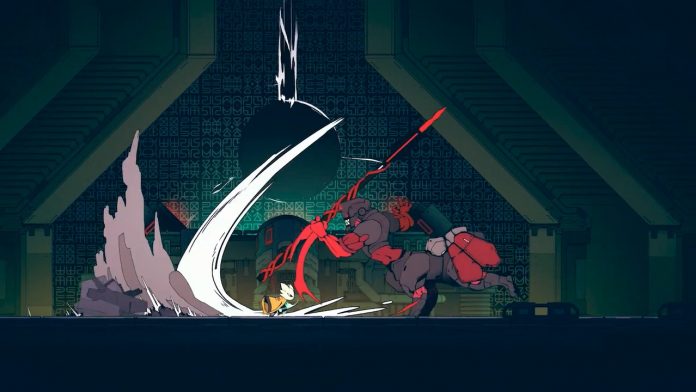 Developer Red Candle Games announced on March 18 that it is a 2D action-adventure game currently in development.nine suns]Officially announced, released the outline of the game. At the same time, crowdfunding is also starting to drive up the cost of developing the work.

The Taiwan-based studio is known for playing horror games like “Back to School – Detention -” and “Dedication.” On the other hand, in this new work, it is said that it will challenge the development of action games with combat elements like “SEKIRO: SHADOWS DIE TWICE”.

The stage of “Nine Suns” is a vast area called New Kunlun. In this place, the gods gave mankind a promised land called the Village of Peach, and the inhabitants continued to keep the festivals handed down from ancient times. He firmly believed that this sacred ritual could protect him from various disasters.

When this year’s festival season is approaching again, and the villagers are busy preparing, the originally peaceful daily life will be disrupted. The forgotten hero Yi woke up from a long and long slumber, causing great turmoil in the flow of the “road”. The protagonist of this work is this Ei. To achieve the justice he believes in, he embarks on a journey of revenge against the nine suns that rule the new light.

This is a side view action game. Players operate E through traps placed on the stage to fight enemies who attack one by one. Ei’s basic moves include sword slash, bow and arrow long-range attack, sprint evasion attack, and double jump. The core of the battle is the rapid counterattack of “hit”.

If you roll the flip at the right moment to counter an enemy attack, you’ll be able to store energy (ki) while parrying. That energy can be consumed by the additional skills of Fulu Chong and Qigong Blast. It is a technique that attaches a Fluo when sprinting through an enemy, transmits energy into the enemy with a special technique, explodes and deals huge damage. Aiming is risky, but this series of attacks will be the strongest technology in this game.

Genetically modified guards and unknown ancient creatures appear as enemy characters, each with a different attack pattern. The bosses and nine suns waiting at the end of each chapter also have their own unique fighting styles.

Every time you defeat an enemy, you can get experience points, and you can level up if you exceed a certain value. At the same time, you can get acupuncture points called meridian points. By consuming this meridian point, you can permanently upgrade E, such as strengthening various physiques and techniques. It seems that something like a so-called skill tree is prepared.

In addition, there is a special item called a ball that grants Ay various passive skills. Collecting orbs is said to bring unexpected strategic advantages depending on the stage of the battle. There is also gold as currency, which can be used to strengthen equipment and craft tools.

The new light, which is the stage for this game, consists of 10 areas, each of which can be reached by transportation pipes or roads. Each has its own unique environment and buildings, hiding secrets and treasures. Also, during your travels, you may encounter various NPCs and go on sub-quests. By doing this, you can get rare items and upgrade your equipment. It will also bring huge benefits in advancing the programme.

The worldview expressed by Xin Kou is named “Taopunk”. This is a world that combines elements of Western cyberpunk with elements of Eastern mythology and Taoism. Emotes use rich analog graphics, and there will be many animations and cutscenes inspired by Japanese animation and manga.

In terms of music, it combines traditional instruments, modern electronic music, synthesizers and various traditional Asian music. Aiming for an “I shouldn’t have heard of it, but nostalgic for some reason” experience, I wanted to come alive within Taupunk’s expansive worldview while expressing the lyrical nature of the game.

For “Nine Suns,” a crowdfunding campaign is underway on the official store of developer Red Candle Games. The appearance of the website is similar to Kickstarter, etc., and the initial target amount is 3 million Taiwan dollars (about 13 million yen). This work can be obtained by investing more than 450 Taiwan dollars (about 1900 yen). Expected shipments are in the second quarter of 2023.

The developers have spent two years working on this work and commented that regardless of the outcome of this crowdfunding, the work will be completed and released. Since this game will be a new game genre and a large-scale work from the studio, it appears that the crowdfunding was done to get feedback. However, if substantial investment is obtained, it will be possible to raise the level of the entire work.

“Nine Suns” is being developed for PC/Mac (Steam) and “Nintendo and Sony consoles”. The exact platform for the console version will be finalized as the game nears completion. Also, it has been decided to support Japanese. The crowdfunding website also supports Japanese. If you are interested, you can check it out.