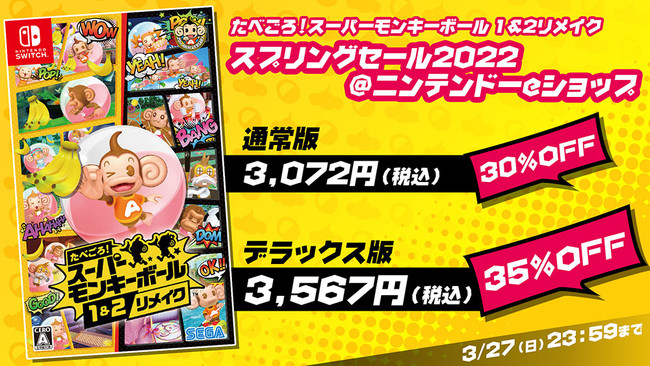 ■ Up to 35% OFF sale where you can purchase the download version!
For a limited time until 23:59 on March 27 (Sun), the Nintendo Switch version of “Tabegoro! We will be selling the download version of “Super Monkey Ball 1 & 2 Remake” at a special price.
The premium “Digital Deluxe Edition” that includes the main game and various downloadable content is also on sale, so please take this opportunity to buy it!

■From 19:00 on March 19 (Saturday), “Official fastest record!? The fastest player in SMB tako and Yutorin RTA challenge with super comment” will be broadcast live! 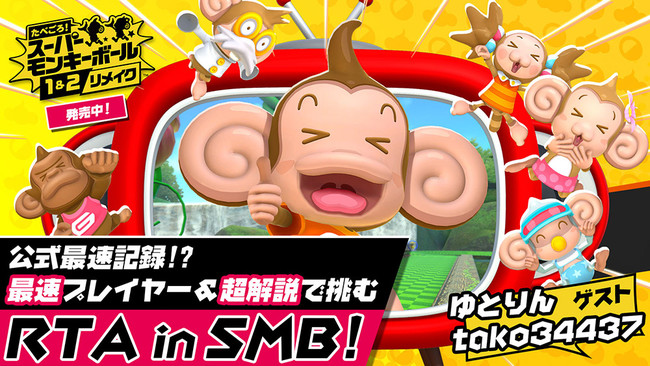 Tako34437 won the first place in the official event “#Monkey Ball Challenge”, competed to pass the mission level in the shortest time, and challenged the official fastest level record as a player in the “Super Monkey Ball 2” story mode! We invite Yutorin, the official fastest record holder for the “World’s Temporary Fastest Game” held on October 5, 2021, prior to launch.
Can tako34437 clear the official record “48:31” created by Yutorin sooner? ?? Please watch many super dramas!

■ The company names and product names mentioned are the registered trademarks or trademarks of the respective companies.