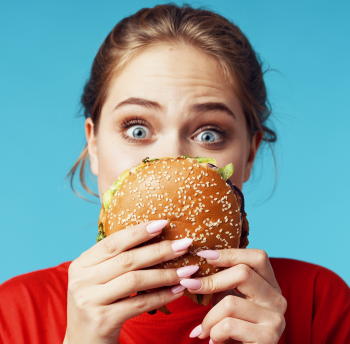 By consuming protein from a variety of foods and balancing “animals” and “vegetables” in 12,200 adults living in China, the risk of developing high blood pressure was reduced by 66%. “A balanced diet is an effective and accessible approach to combating high blood pressure,” the researchers said.

Protein has a good balance between ‘animal’ and ‘plant’

Protein is divided into “animal protein”, which is abundant in meat, eggs, milk, and fish, and “vegetable protein”, which is contained in vegetables, whole grains, soybeans, beans, and nuts. Since muscle is made of protein and is constantly being synthesized and broken down, it is imperative that you get enough protein in your diet. When protein is deficient and muscle is lost, glucose consumption decreases and blood sugar levels rise. In addition, muscles have the function of storing excess glucose, and when muscle is lost, it cannot do this, and blood sugar levels tend to rise. To maintain muscle, you need to consume at least 1g of protein per kilogram of body weight per day. According to Japanese dietary intake standards, the average recommended daily protein requirement is 65 grams for men aged 18-64, 60 grams for men 65 and older, and 50 grams for women 18 and older. However, it is important to note that you should avoid eating too much animal food and eat it in a balanced way. Animal foods such as meat are high in amino acids and are a good source of protein. Especially in older adults, it is important to get good protein to prevent flail and sarcopenia. However, eating too much meat can increase saturated fatty acids and cholesterol. Excessive intake of saturated fatty acids can lead to bad cholesterol in the blood, leading to hardening of the arteries.Related Information

High blood pressure can be caused by consuming multiple sources of protein, including not only animal foods like meat, fish, milk, cheese, and eggs, but also plant foods like soy, whole grains, vegetables, beans, and nuts. A study of 12,200 Chinese adults found it reduced the risk of soy. A balanced diet of protein and other nutrients from a variety of sources may reduce the risk of high blood pressure in adults. The findings were published in Hypertension, a medical journal published by the American Heart Association (AHA). According to a survey by the World Health Organization (WHO) and others, the world’s hypertensive population has doubled over the past 30 years to more than 1.1 billion. One in four men and one in five women in the world are thought to have high blood pressure. Even in Japan, 30% of men and 25% of women have high blood pressure (the highest blood pressure is 140 mmHg or higher). If high blood pressure is not treated, there is an increased risk of heart, brain and kidney disease, which can lead to premature death. The combination of high blood pressure and diabetes makes arteriosclerosis more likely to progress, further increasing the risk of these diseases. It has been reported that diabetes plus hypertension, the incidence of myocardial infarction and stroke is 6 to 7 times that of people with normal blood sugar and blood pressure. “Adjusting dietary nutrition is an easily accessible and effective way to fight high blood pressure,” said China. “Protein is one of the three major nutrients alongside fat and carbohydrates,” said Qin Xianhui of the National Clinical Research Center for Kidney Diseases. Worldwide, including Japan, the intake of grains and vegetables is decreasing, the intake of animal-based foods is increasing, and unbalanced diets are increasing. The balance of various ingredients is important, and “main dish, main dish, side dish” is also recommended in Japan. Continuing an unhealthy diet increases the risk of developing and dying from cardiovascular disease. The AHA recommends getting protein from not only animal foods, but also plant foods to improve vascular health.

The research team followed approximately 12,200 adults living in China who participated in the 1997-2015 China Health and Nutrition Survey for an average of six years. The average age of participants at the start of the survey was 41 years, and 47% were male. We surveyed meals and food storage at home over a 24-hour period and estimated food intake. Additionally, we investigated eight different sources of protein: whole grains, refined grains, processed meats, raw meats, chicken, fish, eggs, and legumes, and created a “protein score.” High blood pressure is determined if the systolic blood pressure is 140 mmHg or higher and/or the diastolic blood pressure is 90 mmHg or higher, or if the doctor is taking antihypertensive medication and the doctor has diagnosed high blood pressure. As a result, 35% of the participants developed high blood pressure during the follow-up period. The analysis showed that the group with the most diverse protein sources (scores of 4 and above) had a 66% lower risk of hypertension than the group with the most consistent protein sources (scores of less than 2). We also examined total protein intake and found that those with the lowest and highest intakes had an increased risk of hypertension. “To protect heart health, a varied and balanced diet of protein sources may help prevent the development of high blood pressure. Also, protein intake is too low. But too much can negatively affect high blood pressure. It’s important to get your How much protein is needed,” Qin said. Eating more sources of protein may reduce risk of high blood pressure (American Heart Association, March 10, 2022)
Moderate amounts of protein from different food sources are inversely associated with new-onset hypertension (Hypertension March 10, 2022)
Hypertension (World Health Organization)