On January 1, 2022, the Japan Sports Association (JSPO), which conducts extensive business for everyone to voluntarily “play,” “watch,” and “support,” released an enlightening video on sports and the environment. .

In addition to the current state of the global environment and the interaction between man and nature, the history of sport, the Olympic Games and the environment, and the efforts of sporting organizations, can all be learned from scratch.

The Enlightenment video was produced by the JSPO Sports Medicine and Science Council research project “Sport Sustainability Research from an Environmental Perspective” group. Mong Ishizuka, a researcher at the Sports Science Laboratory, also participated as a member of the research team. In this story, we will tell you in the form of interviews what actions Japan needs to take in the future to balance sports and environmental protection, as well as the background of working on a project that spent three years researching “Sports and the Environment”. environment”. 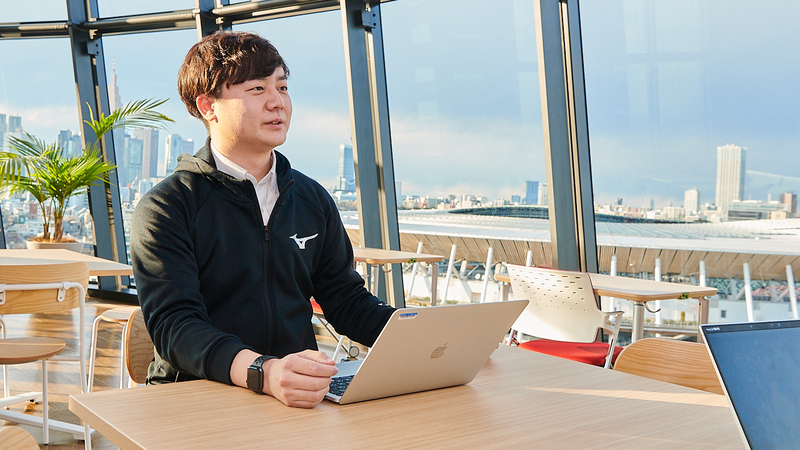 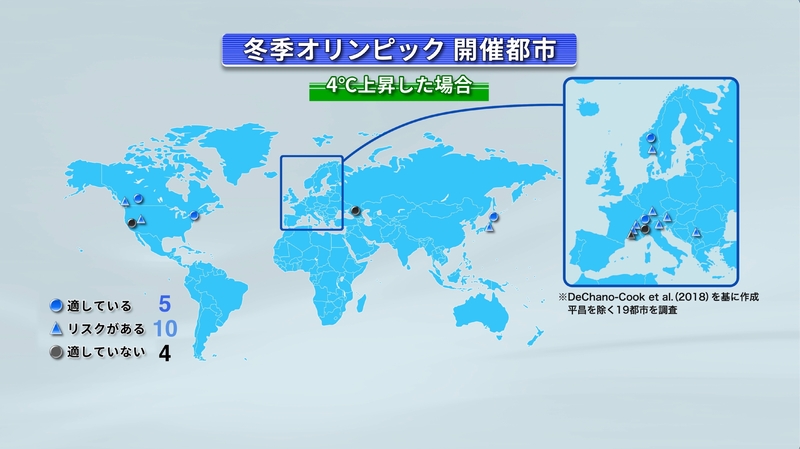 Main part from the enlightenment video

——You said that you are now conducting research in the JSPO Exercise Science Laboratory. What made you interested in the relationship between “exercise and the environment”?

Ishizuka: In 1972, I was a graduate student and started researching the bid for the Winter Olympics in Sapporo. I’m also interested in this topic because my hometown is Hokkaido (Asahikawa City). In the course of my research, I raised the question of building the stadium and protecting the environment while analyzing official documents.

– As one of the researchers, what part of the question is of particular interest to you?

Ishizuka: This is a discussion between the International Olympic Committee (IOC), the Olympic Organizing Committee and local environmental groups on the newly established “Eniwadake Downhill Stadium” for the Sapporo Olympics.

After the game, the established stadium was demolished and trees were planted. It is said to be the first environmental protection measure in the history of the Olympic Games.

Due to the problems raised by the environmental protection team, the cooperation between the Olympic Organizing Committee and the government came into being. While considering the construction of the venue and environmental protection, it is necessary to explore what measures can be taken. To protect, we decided to plant trees. When I looked into what happened, I realized.

– This is a very important example when considering future movement and natural maintenance.

Ishizuka: I think this question shows the difficulty and complexity of environmental protection and the importance of decision-making that respects the positions of different stakeholders. I think it’s a didactic “legacy”. Based on this case, I thought it might be an opportunity to think about what to do in the future. 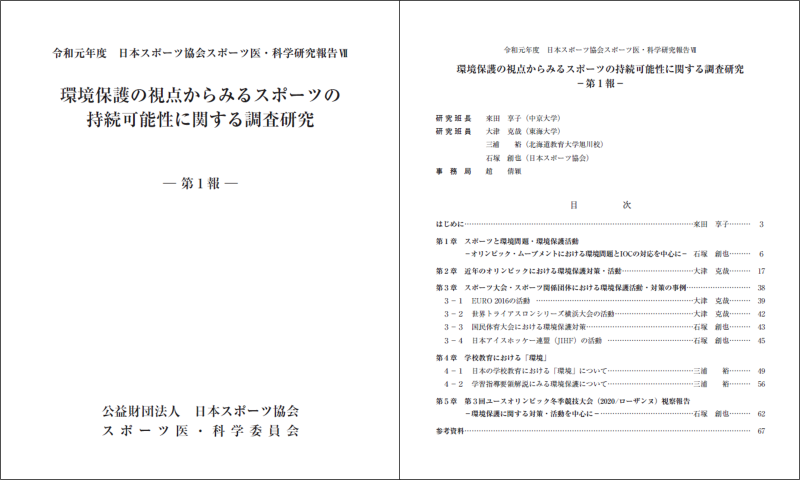 Reference: Japan Sports Association Sports Medicine and Scientific Research Report “Investigation and Research on the Sustainability of Sports from the Perspective of Environmental Protection” Chapter 1 Chapter 1

The first step is to watch the video, learn about it and share it.

— Who is the main target of this video?

Ishizuka: Expect sports instructors to see. Obviously, sports are closely related to the environment, but in fact, even leaders who are deeply involved in sports do not think about the impact on the environment. Furthermore, we hope that not only JSPO staff, but also the staff of affiliated organisations* will see it, it will be an opportunity for everyone involved in sport to think about ‘Sport and the Environment’.

* JSPO has more than 60 sports organizations, 47 county sports and athletic associations, and other sports-related organizations.

– Athletes who are active on the front lines also appear in the video. At the field level, I have a high level of awareness of the current situation, but what is the actual situation?

Ishizuka: Alpine skier Naoki Yuasa and triathlete Ai Ueda featured in the video are very interested in environmental protection because they can popularize the game.

However, when I talk to other athletes, it seems that active athletes cannot think about environmental issues. Of course, as an athlete, I may not have had that kind of guidance, but I’m trying to win. I think that’s what an active athlete should have. Among them, I think it is difficult to realize the impact of exercise on the environment.

However, that cannot be said in the future. Young athletes are also aware of the problem and want to ask athletes to spread it.

– The video is about 30 minutes long, but have you carefully said what you want to say?

Ishizuka: This is difficult because it is necessary to summarize the findings to the public in an accessible way. During the production of the video, we asked university teachers to collaborate on the project and provide research results.

The teachers have extensive experience, such as giving lectures to students and in charge of civic lectures. So I get a lot of advice on whether words and expressions are easy to understand, but I’m still worried about what’s hard to convey.

——After watching the video, what kind of action do you think is ideal?

Ishizuka: First of all, I think it’s important to be interested. Learn and share. If you’re a coach, I think the first step is to encourage players to watch the video. 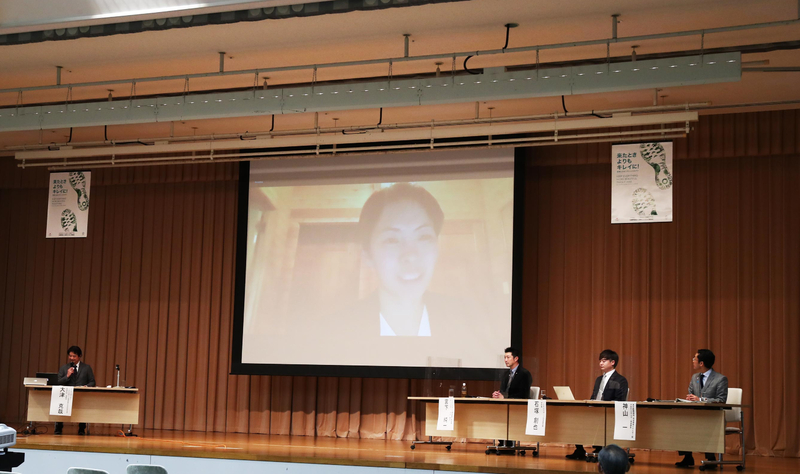 I want to increase the sustainability of sports through environmental protection

——It seems that the original three-year plan has become an indefinite project. What kind of activities will you do in the future?

Ishizuka: Next year, we plan to make a video that is more accessible to leaders, affiliated organizations, and the public.

Some sports organizations are already active. I would appreciate it if you could present these cases for them to think they are their own, and at the same time think that the organization they belong to can do it too.

–What kind of activities do you think JSPO needs to do?

Ishizuka: In 2021, the UN’s Intergovernmental Panel on Climate Change (IPCC) reported that there is “no doubt” that human activity has contributed to global warming. A strong warning is being sent to the world.

With the International Olympic Committee at the center, international sports organizations and the United Nations have launched the “Sports Climate Action Framework”. Personally, I want to keep an eye on this effort.

– What do you think projects like this mean for these efforts?

Ishizuka: As a sports governing body, JSPO will certainly take the lead in tackling climate change and contribute to the promotion of sustainable development of sports.

I would like to continue the research on the projects I am currently involved in and support the various activities of the JSPO. That way, it’s not going to end in three years, and I think it’s necessary to continue at least for the next few years.

At JSPO, we hold sports competitions covering all generations, such as national sports competitions and Japan Sports Masters, create sports venues such as sports men’s teams and comprehensive community sports clubs, and cultivate sports leaders who support sports enjoyment, and we are developing a wide range of businesses to allow Everyone volunteers to “play”, “watch” and “support” sports, such as promoting sports rooted in the latest medicine and science. In addition, as a unified sports organization in Japan, we cooperate with various sports-related organizations/organizations and individuals such as the national government, more than 60 sports organizations, and 47 prefectural sports/sports associations.